This video report (with English subtitles) shows the importance of representation for the empowerment of black children in Brazil. At Favela Mundo’s Christmas party, the greatest gift is nourishing the imaginations of black children from the favela with positive black references.

Black Santas, played by Rodrigo França and Felipe Canela, were the main attraction at the Afro-Brazilian-centered Christmas offered by the NGO Favela Mundo, whose projects reach 900 children and teens. The community events with black Santas took place on December 6 and 12, 2022 in the Rio de Janeiro favelas of Caju, City of God and Acari. 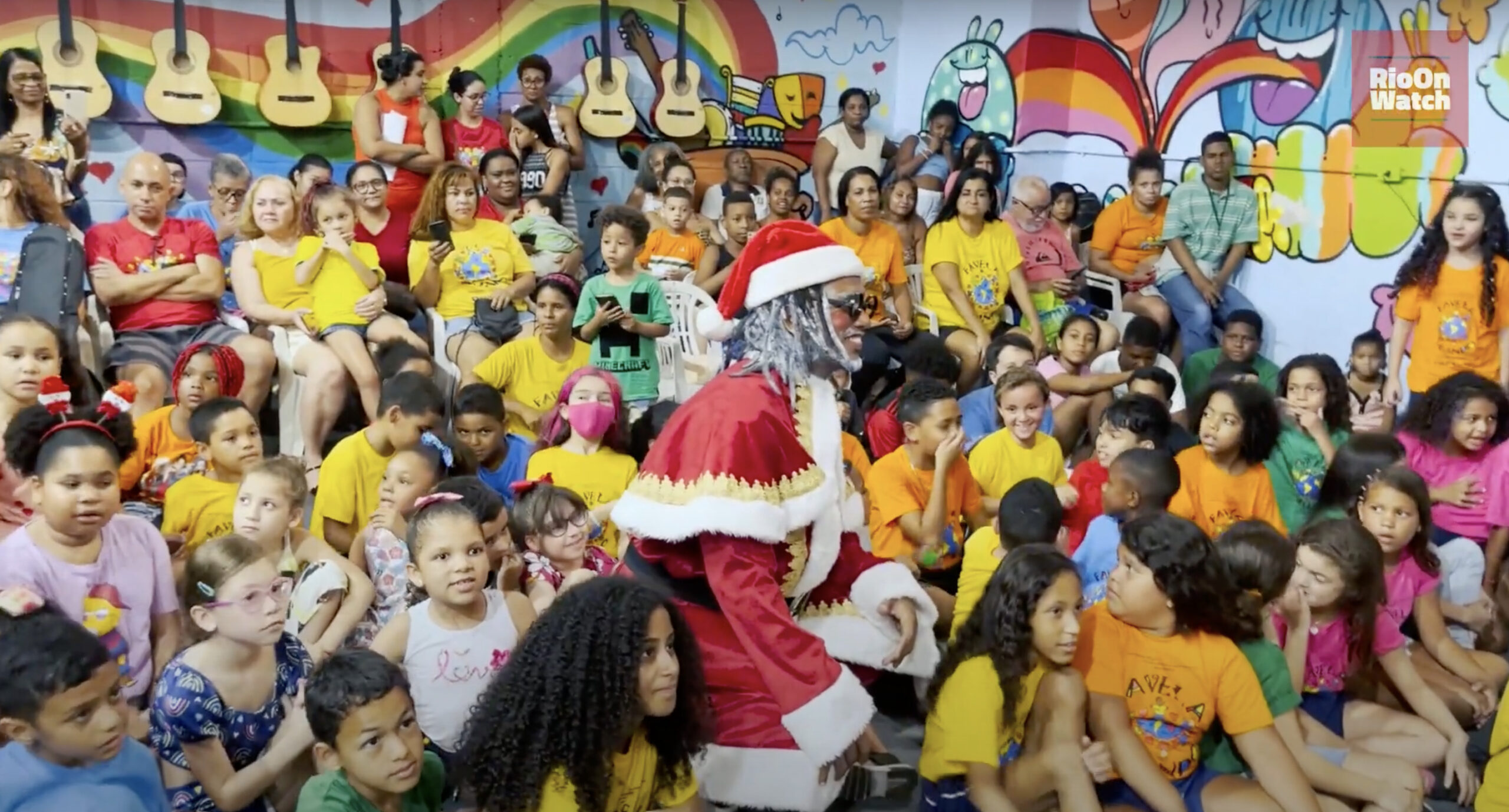 França performed on December 6 in City of God, in Rio’s West Zone, and Canela on December 8 and 12 in Acari and Caju, both in the North Zone. In doing so, they brought to local youth a world of possibilities and references that will help build their subjectivities as Afro-Brazilians and favela residents. The black Santas distributed children’s books as gifts, reinforcing the importance of education and reading, particularly among children and youth. These Christmas celebrations in the favelas also featured student presentations, music, and games.

This is the third year that França has played Santa Claus and the second for Canela. According to Marcello Andriotti, founder of Favela Mundo, part of the NGO’s mission is to introduce black references in positive and empowering roles. This helps expand the worldview of young favela residents.

Beyond the Christmas parties, Favela Mundo offers drama classes, working with students using afro-centered characters and plays. They offer music classes focused on Brazilian folklore, dance classes and parties and commemorative events at special times of year. Favela Mundo has been active for 12 years and works in an itinerant way in favelas which have the lowest Human Development Index (HDI) figures in the city.

About the author: Tássia di Carvalho has a degree in Journalism, Publicity and Advertising and works in the areas of entrepreneurship, social impact, and racial equality. In 2016, she created marketing agency Agência Is after leaving her role as a columnist and reporter for newspaper O Dia where she covered the positive aspects of favelas and peripheries.

About the video editor: Raphael Kepler was born in Madureira and is a video and podcast editor, musician, and music producer. Raphael currently works with agencies as an editor and with independent artists on music production.