For original article in Portuguese in Passa Palavra click here. 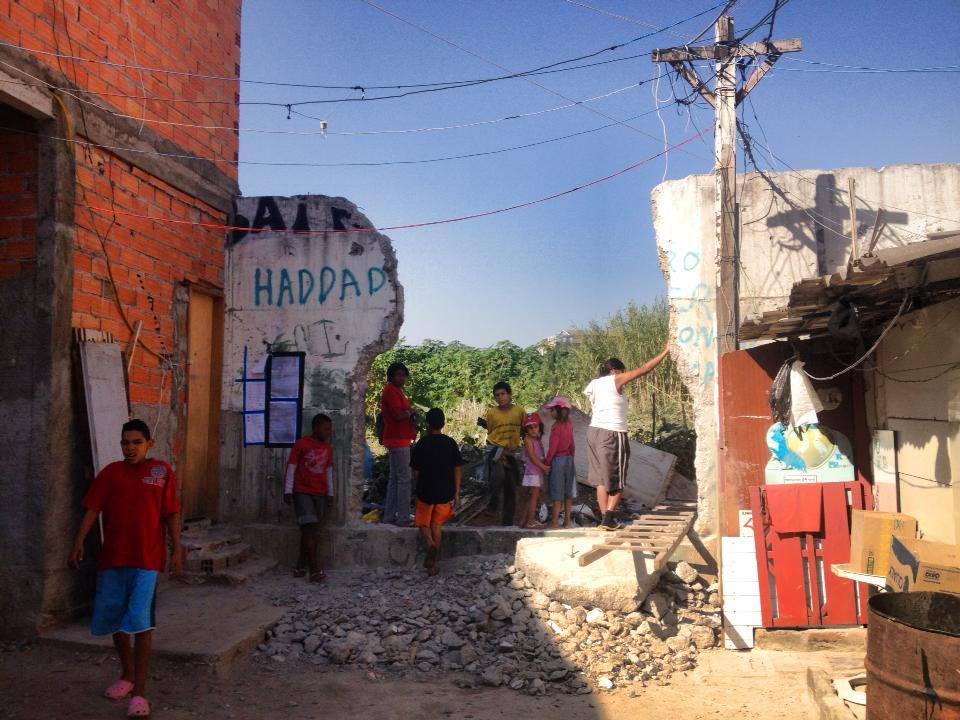 Residents of the Favela do Moinho, located in downtown São Paulo, kept their promise on Sunday, August 4th, to tear down the “wall of shame” that for more than a year and a half has been blocking one of the community’s exits. In conversation with Mayor Fernando Haddad on July 5th, community association members obtained the mayor’s promise that City Hall would provide the community machinery the following week to tear the wall down. A month later, it remained intact.

“Our rush [to tear the wall down] is for better living conditions. Our community already suffered through two fires and five hundred families had to leave because they lost their homes. Many of them are living in the streets,” says Alessandra Moja, a member of the community’s communications commission.

At 11 o’clock in the morning, men began taking turns at the synchronized sledgehammering, and at least five of them were required to carry a jackhammer to try to accelerate the process. It was not easy. “This is the hardest wall to take down I’ve ever seen,” said one worker. The tied concrete structure would not fall easily, a construction by City Hall that had no problems enduring the flames of the two fires in the favela.

To encourage the arduous job, residents also organized a music festival next to the wall that was attended by about 150 people, including residents and supporters, especially media collective. Among those invited were rappers Guarulhos, Atibaia, a Fanfarra do M.A.L. (Autonomous Liberatory Movement), but the most sung lyrics were from o Moinho, with MC Charada and Nego Bala. 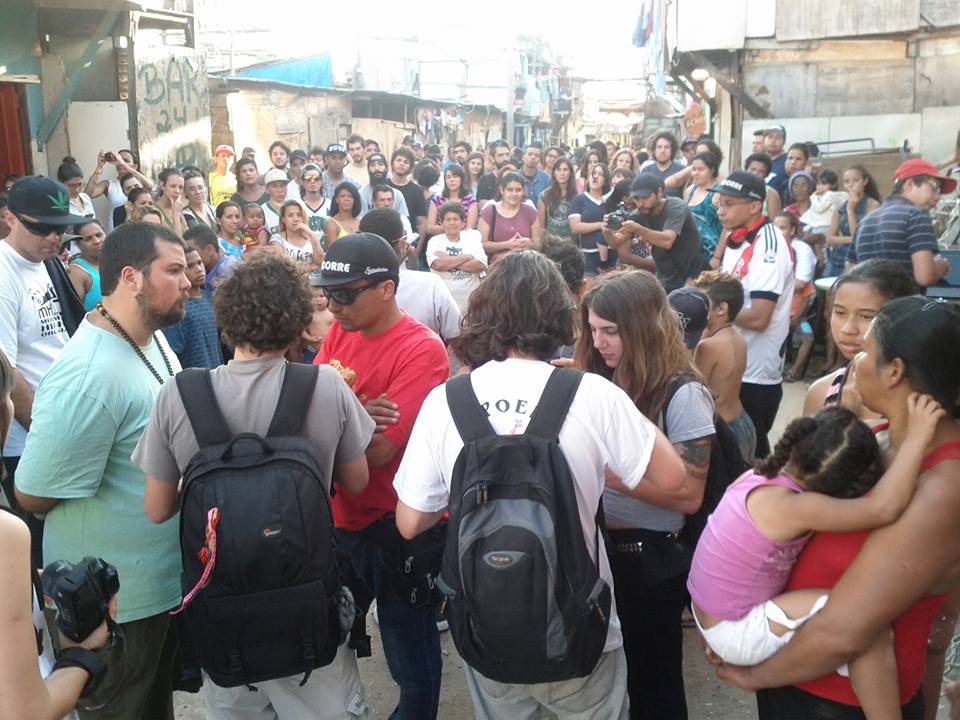 Still by the end of the morning, the Police Shock Troops and Civil Guard stormed the community, claiming to have received an anonymous tip that the wall would be demolished. Once the director of the Residents’ Association, Humberto Rocha, presented documentation from the firefighters, who consider the situation a safety issue for residents, as well as documents of occupation rights, the police were limited to monitoring the movement around the favela’s entrance. Residents had no doubt that the police’s entry had a violent objective.

Humberto explains that the decision to tear the wall down was only taken after the community was equipped with the Fire Department’s report and acquired occupation rights. The community has existed for 25 years, and for the past eight has been fighting for land titles for the area, which were recently attained. Now, residents intend to improve local infrastructure. “Our claim is housing, water and sewerage, power. The wall’s demolition will be important because it will give access to firemen, to all of us, an escape route. It will make coming and going easier, because we only have one entrance that is partially blocked by the line 7 train’s crossing,” explains the resident.

The fate of the wasteland that the wall separates from the favela was to be discussed in meetings with the City starting Monday, July 5th. The proposals were assembled by a council formed in the community and will be taken to the Secretary of Housing and Sub-Mayor. 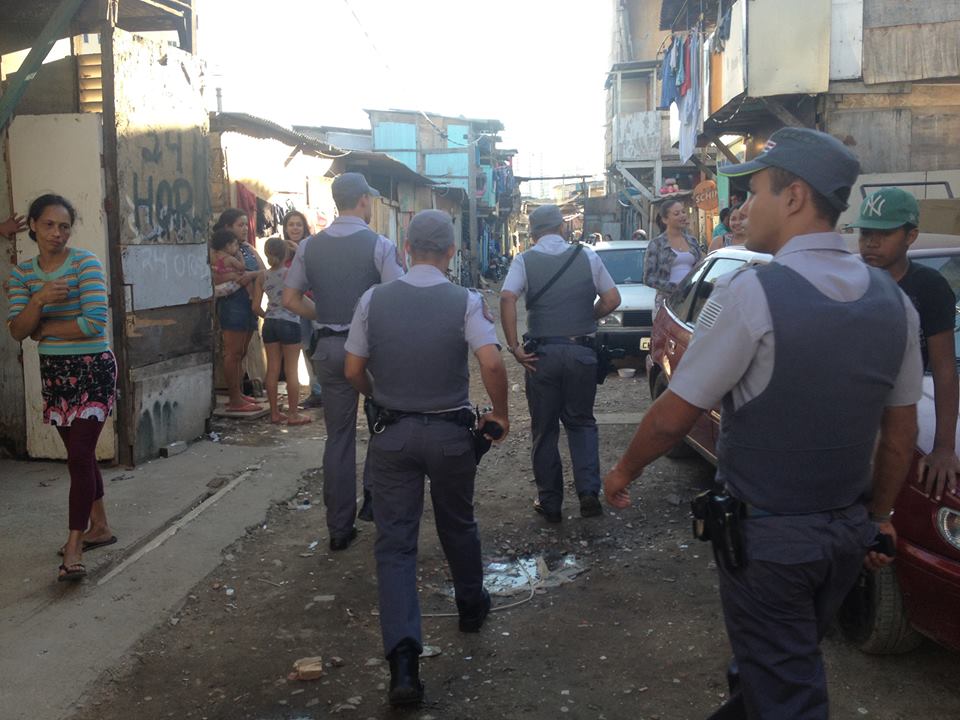 The construction of the wall separating the favela do Moinho from a wasteland occurred in December 2011, still under the Gilberto Kassab administration, with the pretense that they were protecting the area from the implosion of a building in the region. After almost two years, the debris of the old building still remain on nearby land.

Police presence is frequent. On July 29th, the Shock Troop vehicles entered the community without authorization or clear cause, the same day residents had a hearing at City Hall. This surveillance is one of the reasons for the direct link between the construction of the wall and oppression in the community. Resident Regiane Mota, 25, says that while the wall was being built, police force was intense and constant and continued, although to a lesser extent, for some time after the construction’s completion. For her, the demolition of the wall is good news and she hopes that new residents can come to the region. “The more people we have here, the harder it will be to get us out of here.”

Sunday was very symbolic for Milton Sales, known as Miltão, a long-established activist of the community. “He marks the struggle for decent housing and respect for favela residents.”