On Sunday November 10, 2013, residents of Vidigal came together for a day-long celebration of local culture. Organized by Vidigal CriAtivos, a local artist collective, the Cultural Fair included organizations´ stands about ongoing projects while samba and capoeira groups provided entertainment in the center of the square. Later on, musicians, dancers, actors and DJs performed on stage well into the evening with community members of all ages able to participate throughout the day. The first event of its kind, organizers are considering making the Cultural Fair a monthly festival to further unite Vidigal residents.

The event is part of a series of actions to value and improve public spaces in Vidigal. During October the Beleza Construções organization, in collaboration with other local actors, reformed the Largo de Jesus square where the CriAtivos event took place. Miguel Plaza, architect from Beleza Construções said: “The event wasn’t a onetime action; the idea is to repeat in different places that prepares for the improvement of the surrounding area.”

Patricia Britto, from the vocal group Negro e Vozes started the day’s music and invited everyone else who wanted to join in. 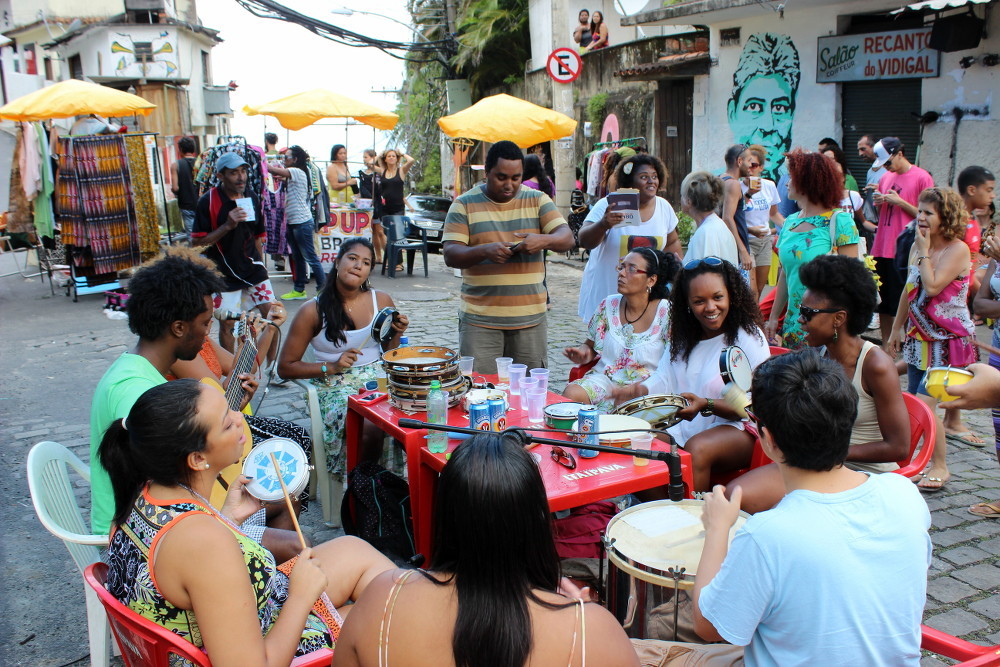 Ninho, one of the local artists, followed with improvised poetry and introduced the capoeira performers. 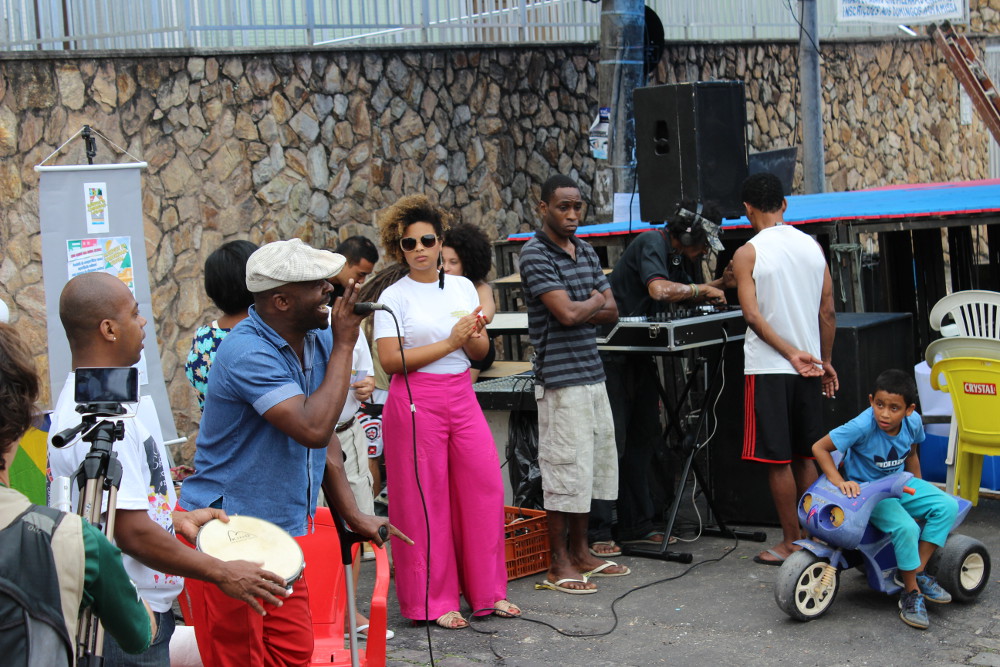 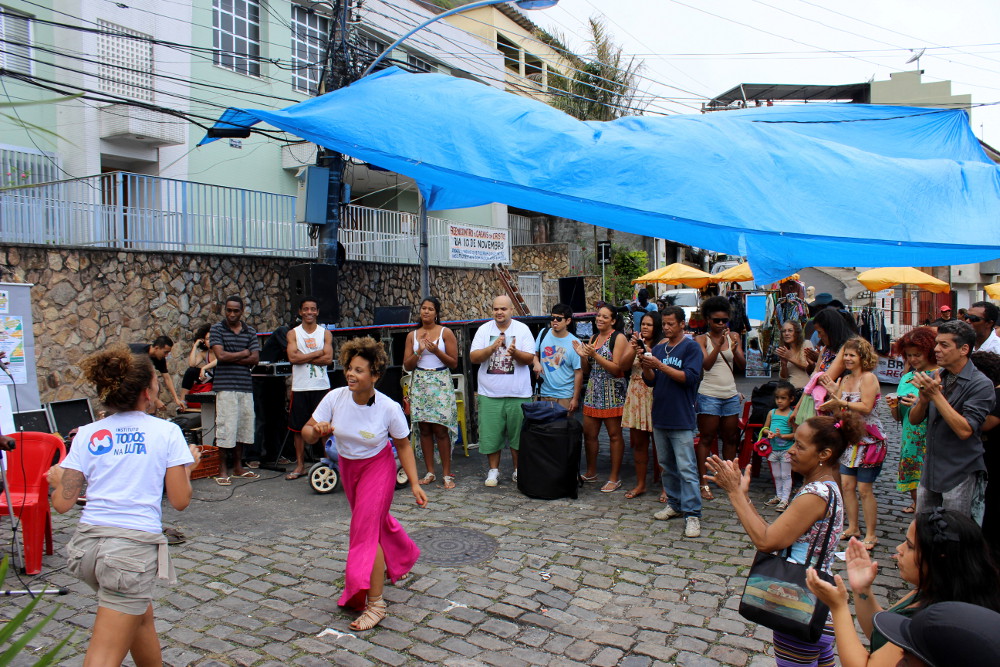 After the capoeira, children also wanted to participate. There were many options to choose from including games, music, painting and juggling. 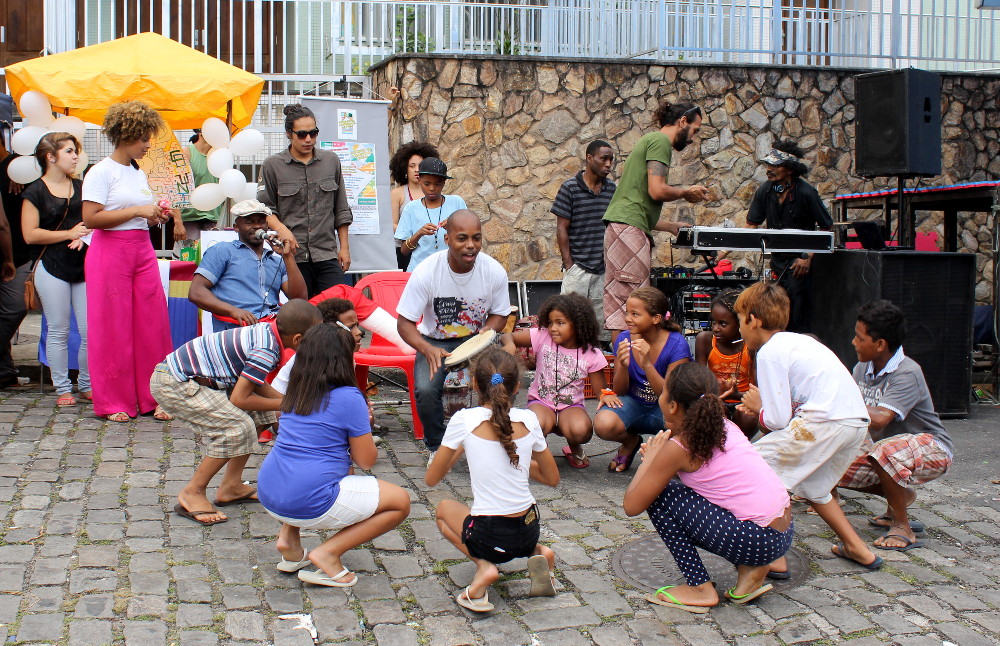 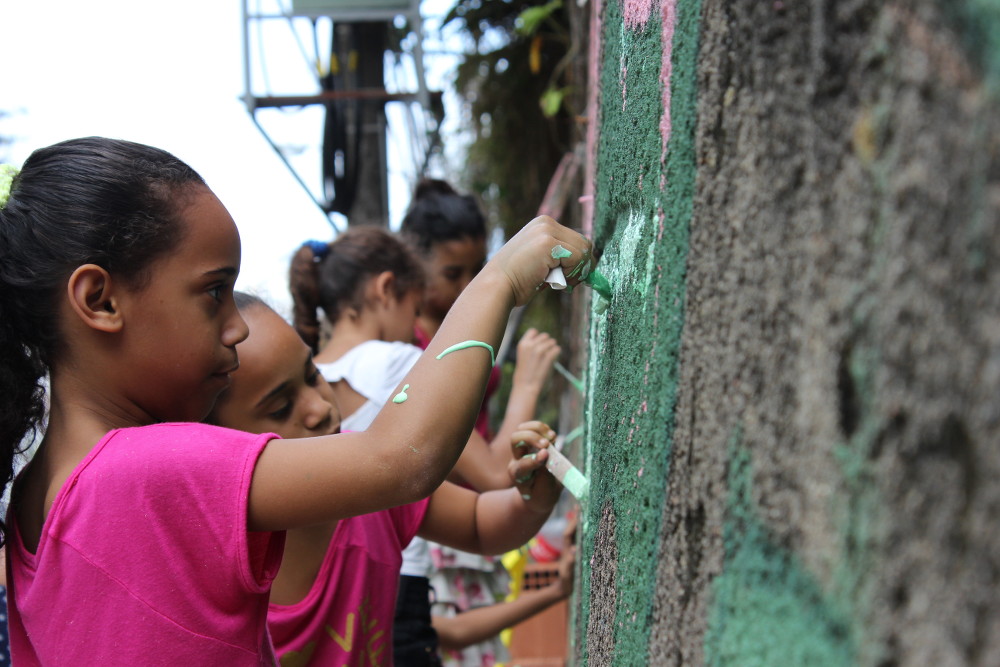 One of the final products was a mural that says ‘CriAtivos.’ It is a play on words in Portuguese between the words “criativos,” or “creatives,” and the components “cria” and “ativos,” meaning “create assets,” the two main themes underlying the day’s festivities: creativity and developing community assets. 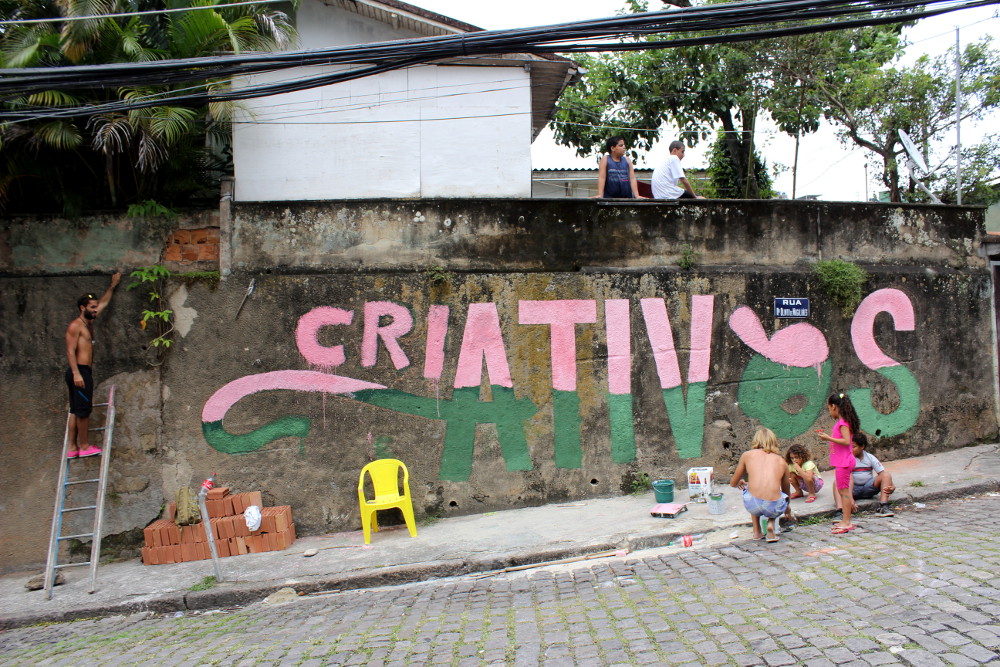 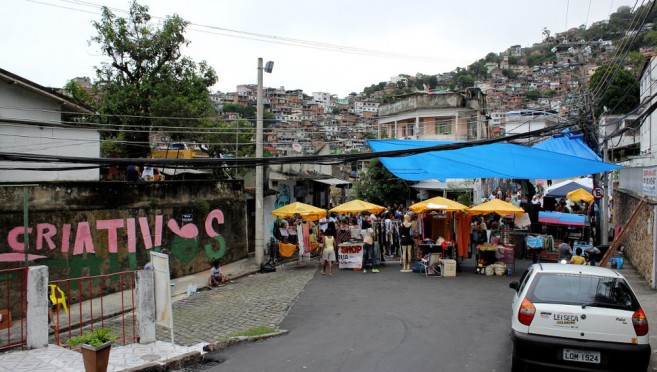 In addition to cultural entertainment and activities, various local projects were also present during the event, such as the  Instituto Todos na Luta (All in the Fight), Stopping Smoking Saves Lives project, the Vidigal community administration of rental properties and the A.M.A.R. women´s association, which is fighting for improved women’s rights and services in the community. 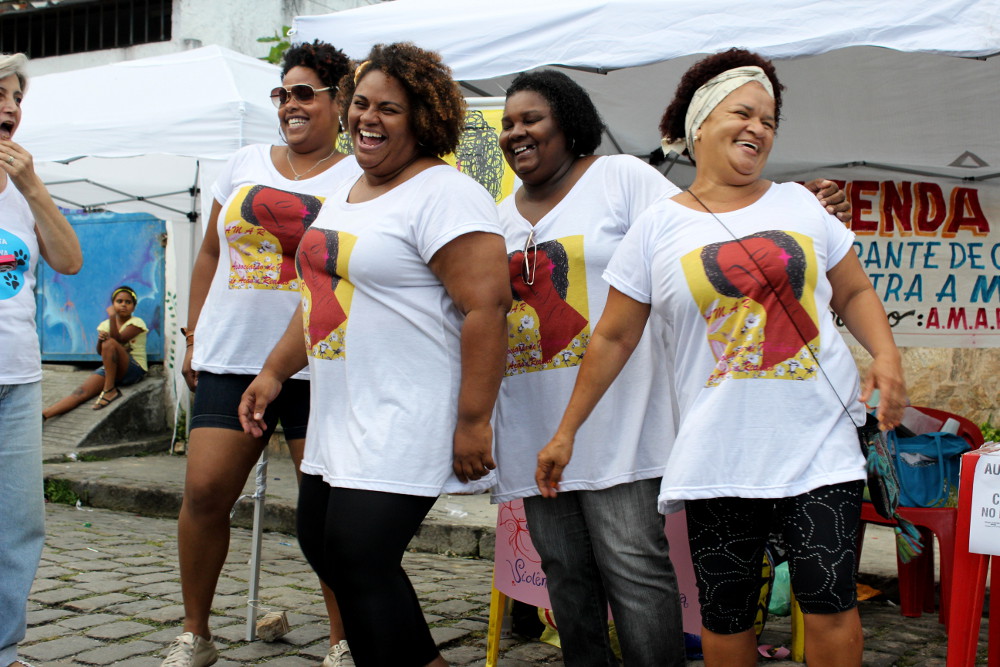 Getting the Party Started

DJ Wladimir Gasper, nephew of a Russian filmmaker, heated up the crowd with a mixture of electronic, funk and samba music. His set was followed by a performance by a local hip hop group. 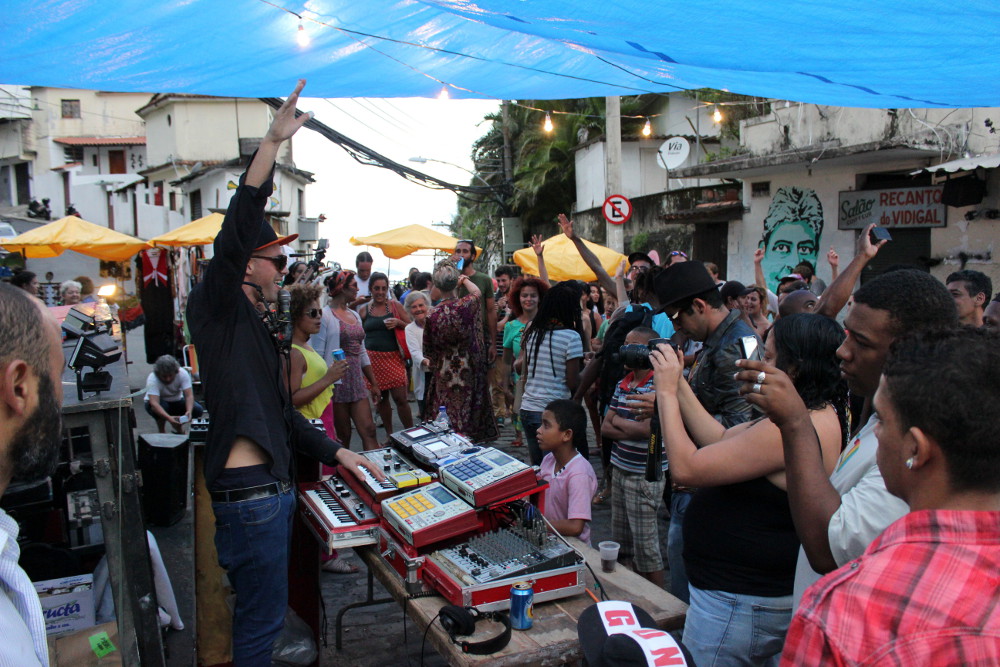 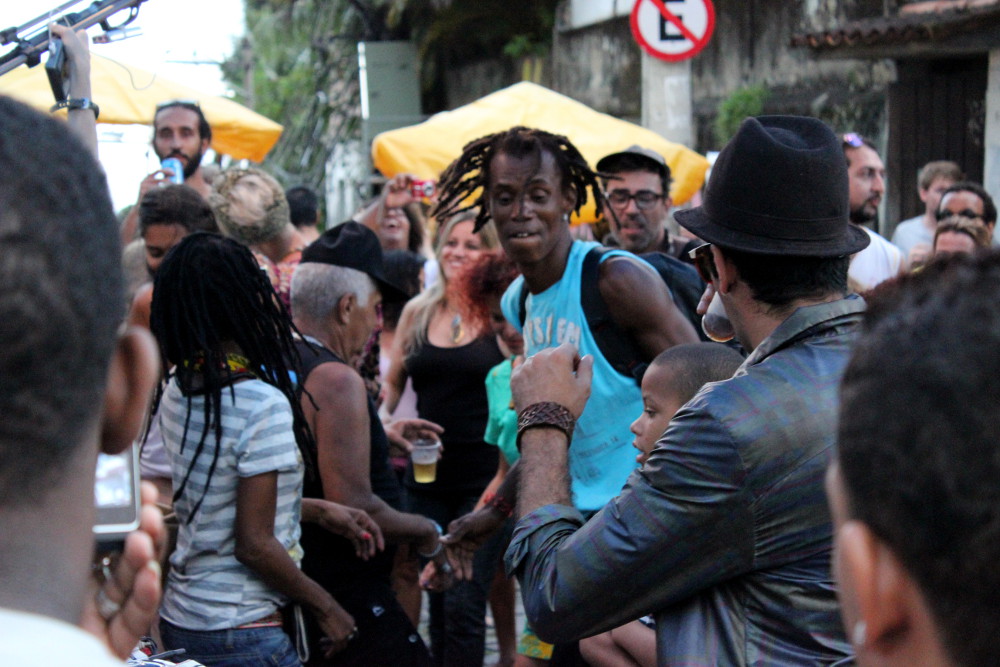 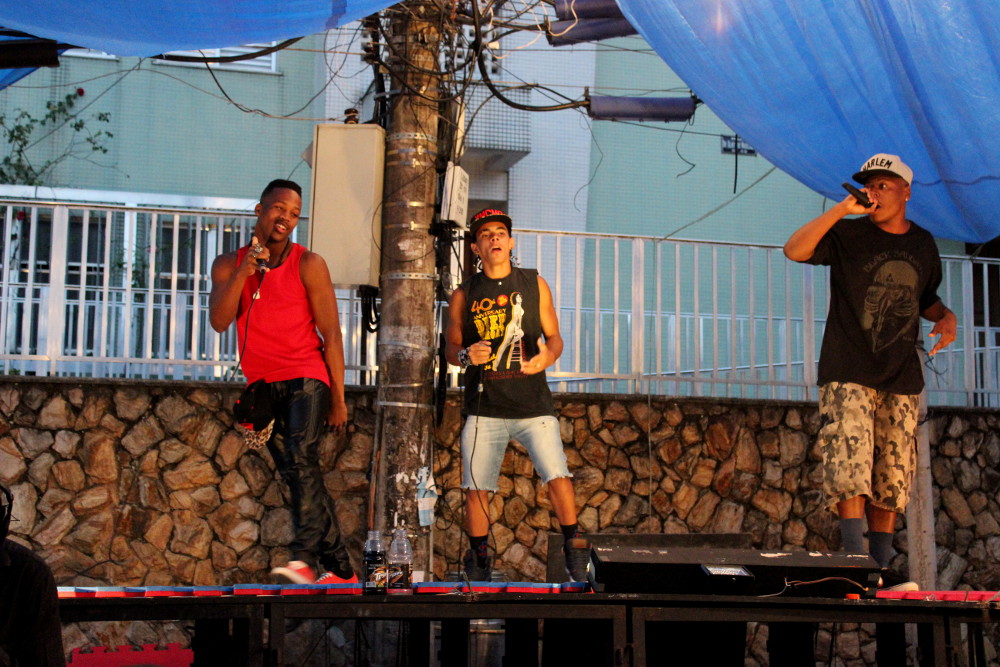 The girls from Pérolas Negras Vidigal were definitely one of the highlights from the evening. The group consists of three local girls who are part of the theater group, Nós do Morro. Another highlight was a local group dancing to funk, hip hop and reggae, with children joining the stage turning it into an unforgettable dance competition. 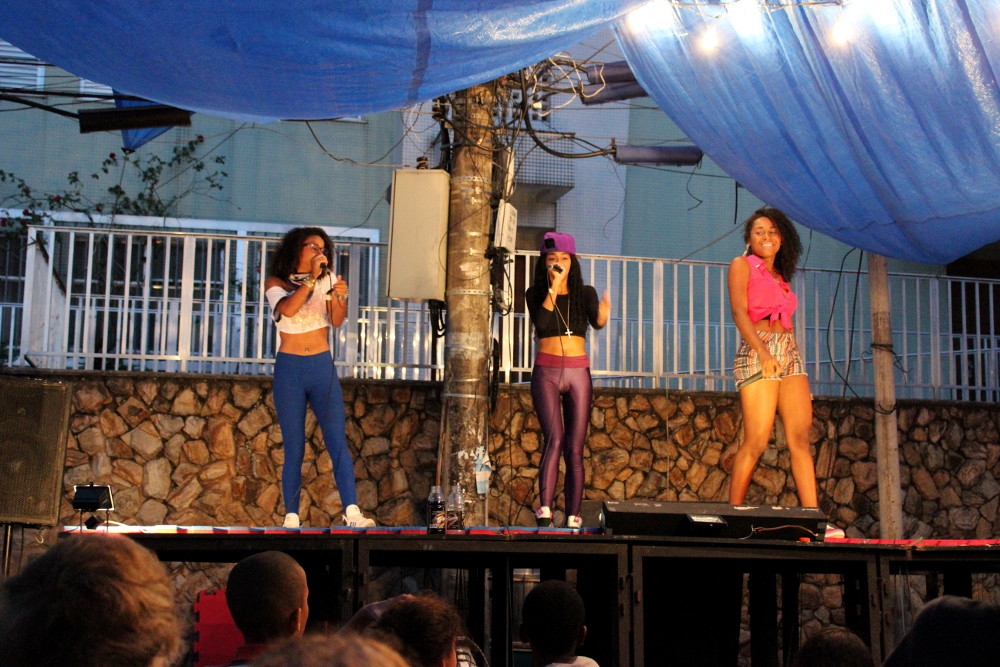 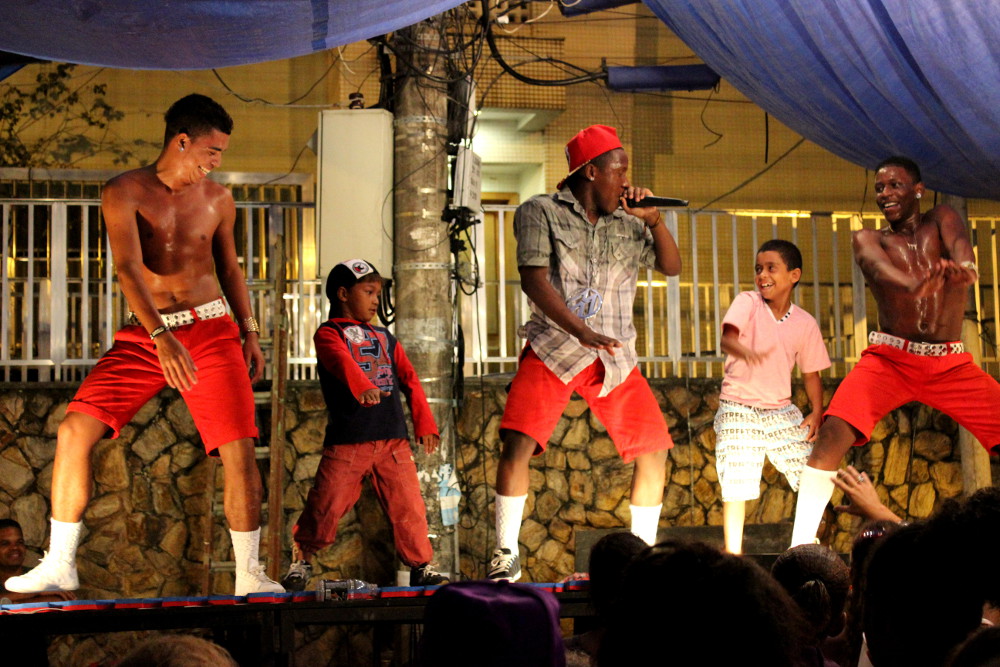