S’bu Zikode and Bandile Mdlalose, founding members of the Abahlali baseMjondolo social movement, were interviewed by RioOnWatch when they traveled to Rio at the beginning of the month as part of the tour of the film “Dear Mandela.” The film chronicles anti-eviction activism in Durban, South Africa, where informal settlements have been part of the urban landscape since the 1880s. Continually zoned to receive a different quality of public services due to justifications of threats to public health, these communities faced government-sponsored removal beginning with the 1934 Slums Act, which classified buildings with less than 3.7 square meters of floor space per person a “slum” and sanctioned their demolition. Different government acts promoting spatial segregation in the city continued to pass over the decades, but so also did social mobilization against settlement clearance grow, boosted in the 1950s after an attempt to remove the culturally historic Cato Manor settlement.

South Africa’s post-apartheid constitution adopted protections for democratic processes in the governance of cities and a pro-poor tone about housing rights. This was followed by the Housing Rights Act of 1997 which made it illegal to raze shack settlements without adequate resettlement. Cases of razing have been successfully challenged in the courts in several instances. 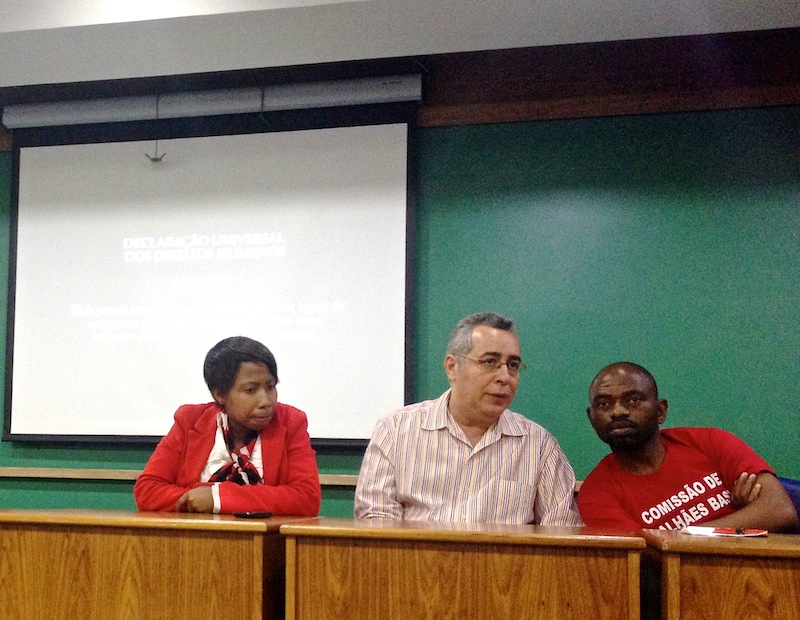 Despite these laws, razing has continued in recent decades. In 2005 a road blockade of residents resisting removal in the Kennedy Road settlement launched the Abahlali baseMjondolo shackdwellers movement. Abahali played a significant role in the declaration that a 2007 act to permit settlement removal on a wider scale was unconstitutional. Abahali members and leaders continue to face violent treatment by police for their participation.

Can you talk a little about Abahali’s organizational structure?

S’Bu Zikode: It’s based on organization and education at the grassroots level–and crucial to all this is that people are made aware of their rights and the legal structures around what is happening. The basics are Section 26 of our constitution, which means that you need a court order to evict families. People need to know the law so they can govern, which is part of South Africa’s Freedom Charter of 1955: “The People Will Govern.” It’s this kind of education that empowered us to our victory in the courts in 2009 against the Slums Act.

Do you ally with anyone for organization and training?

Bandile Mdlalose: There have been some academics who show support for our work, which we gladly accept as long as they do not try to control it or overly define it. Another great resource has been the group SERI which gives free paralegal trainings for how to defend ourselves in court without lawyers. There’s a different language they teach us to speak. In the street you can vomit your anger, and speak with passion, but in court you need to be cool and use the language of the law.

How do you get people mobilized?

Bandile: Our movement grew because of the needs of ordinary men and women and through their anger, hunger, and frustration. We are fighting to protect our well-being. But I also believe that if you are doing high-quality, important work, you will become known for your work and people will come to you without you needing much publicity.

What about balancing the successes and the difficulties?

S’Bu: We’ve certainly had both. Sometimes you have a legal success but a political failure. That is, the court rules in your favor but repression and illegal activities continue. That’s why the political element and simply people being involved and participating is so important as well–it makes a statement about our participation. We know the country will not change on its own. People will change the country. And it’s the place of the majority of the people who are being affected to correct the minority of the people who are doing wrong.

What kind of response have you been getting recently from the government for acting in this way?

Bandile: Police come through our communities with knives and guns, looking for specific people. The president of the movement got his house sacked. We have both received death threats that we should stop our work and not return.

And so are you going to keep quiet?

Bandile: Oh, you have to go back. You can’t let things like that scare you. Plus, I need to finish the certificate program I’m currently in.

What are you getting a certificate in?

What would you say to the people involved in this issue that you’ve met in Brazil?

Bandile: They need to be united. That is the most important thing. And that you empower groups through the empowerment of individual people. When people ask, “Why do the youth play such an important role in the development of South Africa?” The answer cannot be anything less than, “Because we are the future.”