For the original by Thamyra Thamara and Thiago Ansel in Portuguese for Observatório de Favelas click here.

Racial discrimination is a common theme both in TV dramas and news, which portray occasional attacks or conflicts in which prejudice plays a leading role. Fictional TV shows commonly feature white families who turn up their nose when a relative becomes involved with a black person, or show villains spouting a range of insults, some race-based. Racism is a topic on the news when there is a racially motivated crime, or when all other explanations for a crime have been exhausted.

In all these examples, racism is shown as a phenomenon which interrupts and violates the normal flow of daily life. But is racism really an exception? There seems to be a contradiction: the news shows race-based inequality in education, employment, healthcare, legal rights, among others. But rarely does it touch on the connection between problems faced by the black population and racism. 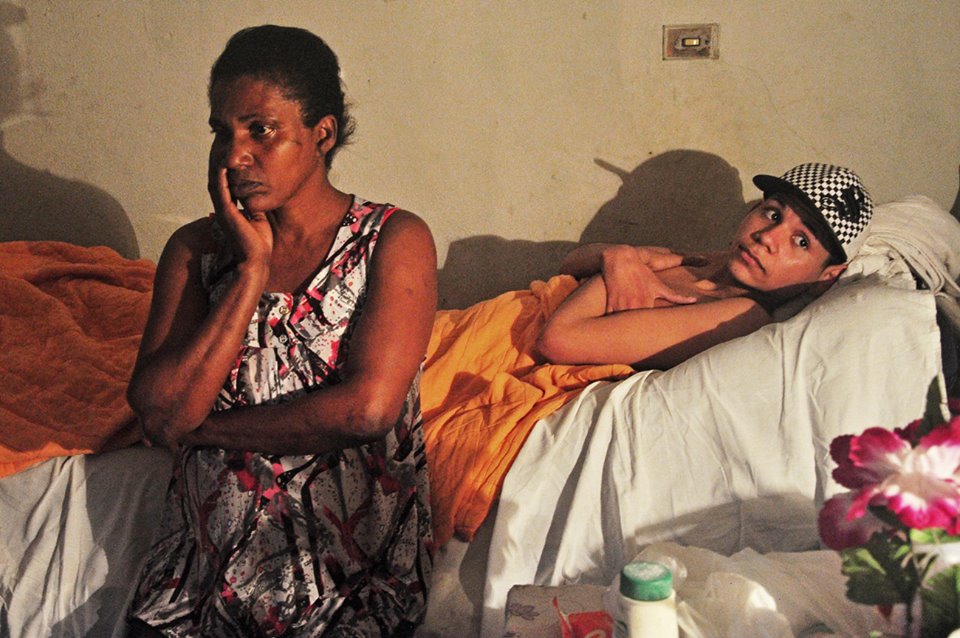 Why are racially-motivated attacks labeled as discrimination while statistical inequality in access to education and healthcare are not? Is racism really “outside the norm?” If we take the case of healthcare provided to black people by the public health system in Brazil it would seem not. Poor quality care is the norm and the statistics prove it. Violence, also the norm, has grave, often invisible and silent consequences.

Thiago Daniel de Almeida, 18, has been bedridden since he was hit by a stray bullet three years ago in Morro do Chapadão, in Costa Barros. His aunt, Tânia Cristina Daniel, who takes care of her nephew in addition to providing for 12 other people on her monthly income of R$1,300, says that Thiago had to wait a day to be seen by doctors simply because they thought he was a criminal. “They were waiting for him to die, thinking he was an outlaw,“ explains Tânia, who notes that her nephew could have been able to walk again since an orthopedist found his leg was still responding to stimulus.

“When I saw what Thiago was going through in the hospital I threw a fit. They killed my daughter and I wasn’t going to let them kill my nephew too,” says Tânia, recalling the sad story of her daughter Alessandra, who died after being incorrectly medicated in Carlos Chagas Hospital. Tânia also tells of how Thiago’s mother died 20 days after he was shot. She couldn’t stand the pain of seeing her son become a paraplegic.

According to the latest Annual Report on Racial Inequality (2009-2010), 67% of the black population in Brazil that had sought healthcare in the preceding two weeks had gone to a SUS public health institution. For hospital in-patient treatment, this rises to 79%. The report states that for every 100 that sought care in the public health system, 29 did not receive medical attention, even though they expressed necessity. Among whites, fewer than half of this number got no attention (14).

Sônia Fleury, of the Getúlio Vargas Foundation (FGV), who oversaw a study on healthcare in the public health system (SUS) notes that sub-standard service is not an accident. “It is generally accepted that there are problems with the system. The poor conditions are used as an excuse for the flaws in the hospitals rather than as evidence of the institutionalized violence against poor and black citizens. We often hear it said that, ‘This is just the way public services are.’ It doesn’t have to be this way. Services should be of high quality. The poor quality is a political choice,” says Fleury.

The study concluded that the power to profile and choose patients renders the interaction more personal than simply demanding one’s right to healthcare. Criteria in determining patient priority tend to be less formal and thus open to discrimination. “All forms of discrimination, including racism, in healthcare cause a second layer of suffering,” concludes Fleury.

The fact that racism in these situations is not verbalized increases the victims’ sense of powerlessness. They feel unable to defend themselves from such nameless discrimination. According to Jurema Werneck, director of Criola, an organization for black women, doctor and member of the Technical Committee on the Healthcare for the Black Population, racism uses silence as a weapon: “Not talking about racism is one of the most efficient ways to promote it because it allows racial inequality to continue in silence and results in inertia. Showing the real significance of this shrouding and the normalization of inequality is an important step in combating discrimination and violence.

Studies of healthcare and other areas have shown that inaction and lack of debate on racism in any given institution have the effect of legitimizing discriminatory practices and promoting so-called institutional racism. This means the institution fails to provide appropriate services because of color, culture or ethnicity.

Jurema Werneck explains that correlating the data on inequality and racism is an important step, but it is not enough. “We must try to show evidence of the imbalance of power caused by racism and the impact of racism on healthcare; evidence of racism in the public healthcare system. We must also come up with a system of management for public institutions that will change the situation.”

Addressing inequality is one of the banners of the public healthcare system, the so-called equity principle of offering high-quality treatment to the most vulnerable sectors of the population. In terms of respect for black citizens, vulnerability has been caused and exacerbated by the reproduction of historic injustices in several areas. They have all essentially been authorized and have become familiar and “normal” because of the silence.