For the original in Portuguese in Viva Favela click here. 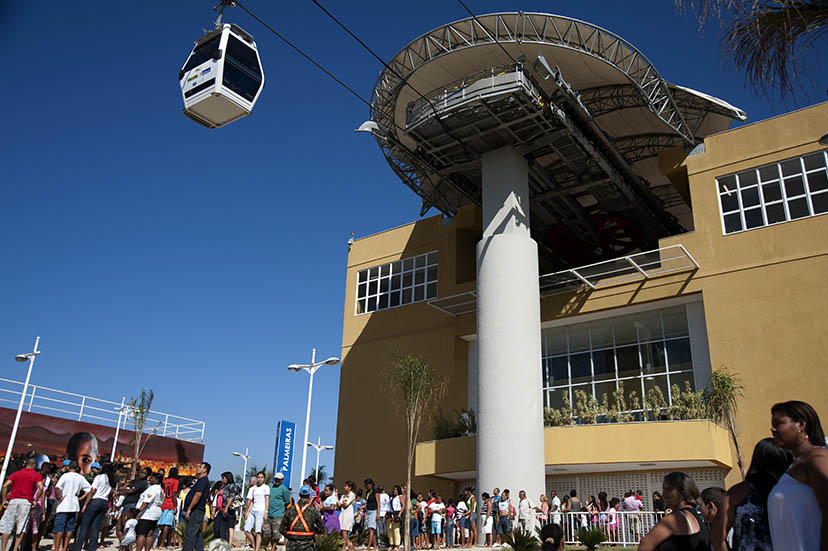 More than two years after the inauguration of the cable car in Complexo do Alemão, inspired by the model from Colombia, it’s still generating controversy. Morro da Providência, also in Rio de Janeiro, is the second Brazilian favela to receive this mass cable car system. The inauguration will happen soon, although the City’s call center was unable to provide information as to what is causing the delay. In Rocinha, the next favela slated by the city to receive a cable car, a majority of residents are fighting to prevent this from happening. They are in favor of continuing the still unfinished works of the first phase of the Growth Acceleration Program (PAC) and building a basic sanitation network that services the entire community.

Opinions differ over this new type of transportation, and it is not uncommon to hear both pros and cons from the same user. For Maria Dolores, resident of Itararé, the construction of the cable car in Complexo do Alemão was a very good thing. Previously, she commuted by foot or by van to work. Now, using this transport daily, she spends only 16 minutes from one end of the complex to another, passing by six stations. “For me, it greatly improved. I think it has eased the lives of many,” she praises, but then quickly adds that, “others are afraid [of the cable car].”

Dolores considers it a privilege to have received the cable car in Complexo do Alemão, and believes other communities should also receive it. She recalls, however, that by choosing the transport, the government removed many homes and stopped investing in other priorities. For her, one of the major shortcomings of the upper part of the favela is the lack of space for recreation, especially for children. According to the resident, the lack of doctors in health centers is also a big issue. Another disadvantage is that tourists come to see the cable car and the view, and not the community itself. 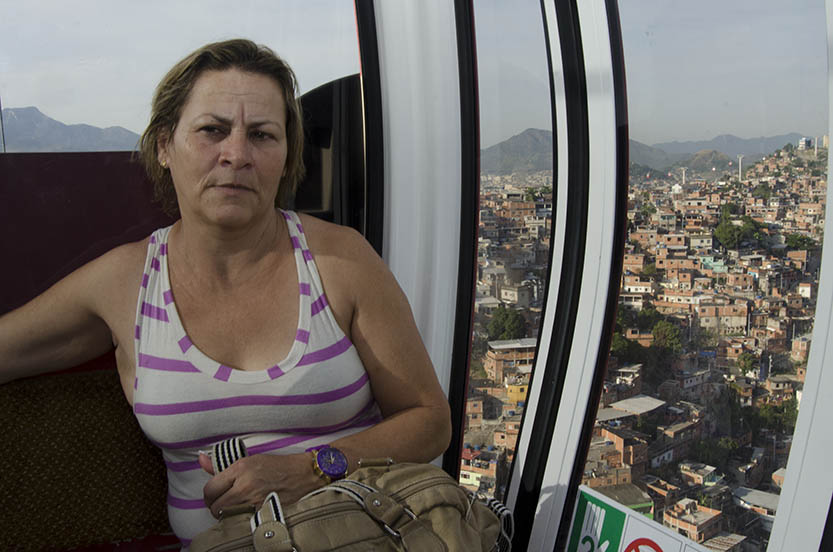 A major advantage of the model is that the Alemão cable car station in Bonsucesso is integrated with the train. Severina Silva lives in the favela and works in Niterói, and uses the system by making transfers between the two every day. However, Barbosa da Silva, who lives right next to the Itararé station, says he prefers to use vans as he is terrified of being transported by a steel cable. He says his house was even scheduled to be removed, but he somehow managed to stay and closely monitor the project. For him, despite his fear, the cable car is wonderful. “Nobody ever thought of doing such a thing here, everyone uses it,” he notes.

According to Raul Lisboa, technical analyst of the Brazilian Company of Urban Trains (CTBU) and expert in transportation planning, the most efficient model [of planning] is via the active participation of the community in developing the project. Participation unfortunately has not happened, judging by the case of Rocinha where residents have been struggling for months to be heard by the government. They prefer that investments meant for the cable car be used for sanitation, and constantly complain about the lack of dialogue surrounding the project, which is currently being prepared by the government but has no forecast for the project’s start date.

For Lisboa, the advantages of this form of transport are comfort, speed, and the fact that it does not pollute. Among the disadvantages, he highlights that it does not service residents who live at the lower parts of the community or who live far away from the cable car station. Another disadvantage is the fact that the cable car does not ease the lives of residents by being incapable of supporting heavy cargo, or large volumes of construction materials, debris, or garbage. Finally, he brings up the issue of tourism, which represents a loss of privacy for inhabitants. “With the gondolas over their homes, residents have become the target of the curiosity of strangers,” he says. 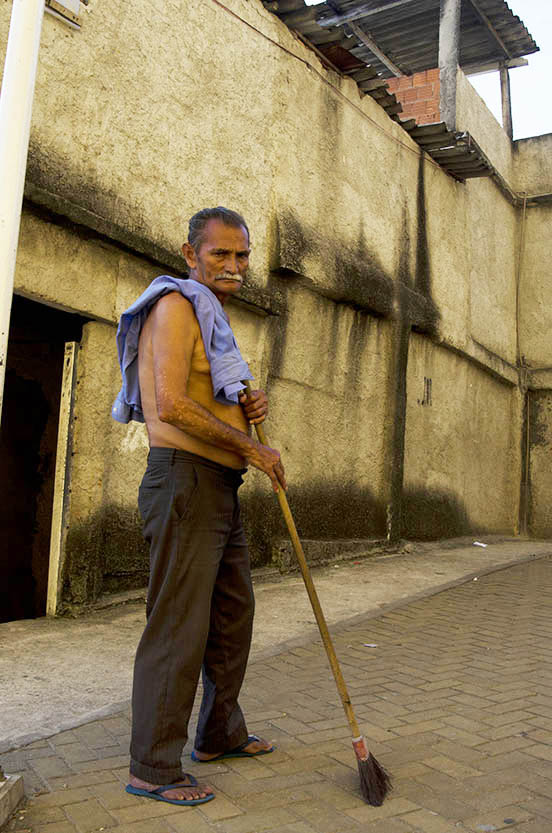 The first cable car turned postcard from a favela in Brazil, the Complexo do Alemão system was built with funds from the PAC and in partnership with the federal and state governments at a cost of R$210 million. Last month, it reached the mark of seven million passengers. According to Supervia, the company responsible for managing the cable car (controlled by Odebrecht TransPort), there are, today, only 20,000 registered residents (28.5% of the local population) and 12,000 people use this mode of transport daily.

According to the 2010 Census, there are approximately 70,000 residents in Complexo do Alemão. The number of residents who use this transportation, then, represents 17% of the local population, demonstrating the other 83% use other means of transport. For Supervia, the tendency is that over time the number of users grows, as has happened since its opening in July 2011, when 5,000 users per day were recorded.

The initial government estimate was that the cable car would be used by 30,000 people per day, corresponding to its maximum capacity. Three thousand departures per hour are possible, with eight passengers in each of the 152 cars. Therefore, the Alemão cable car has not reached even half of its maximum capacity. But, even if it had reached this goal, and even if it was only used by locals and not tourists, it would still serve less than half of the local population. These data raise suspicions as to the state’s real motivations behind the project: was it meant to serve the inhabitants of the complex, or to become a new tourist attraction.

In order to benefit local residents, those who register are entitled to two free rides daily on the 3.5 km-long cable car. After these two free tickets, residents pay R$1 per trip, as do visitors who use Rio’s single fare system (Bilhete Único), transport vouchers (Vale-Transporte) and Express Card transport schemes. Paying directly at the ticket office, the price increases to R$5.

The cable car operates from Monday to Friday from 6am to 9am, and on Saturdays, Sundays, and holidays from 8am to 8pm. On weekdays, 70% of passengers are locals, versus 30% on weekends. The non-locals represent tourists, workers or visitors of families residing in the complex. To register, residents simply go to a RioCard post with their CPF social security card and proof of residence. Starting in 2014, registration will be done once a month, exclusively at the Bonsucesso station.

This article was written by Viva Favela, and published on January 3, 2014.
Translation provided by Amanda Bradshaw. This article originally appeared on Viva Favela. in #CommunityMedia, Policies