Finding silence in a favela is like trying to stay dry during the monsoon. Top volume telenovelas compete with powerful sound systems. Evangelical liturgies clash with the shouts of merchants. Residents bluntly exchange anecdotes from their respective kitchens. These communities are alive with sound and movement, but they are so much more than that.

Art, music and performance in the favelas is so evident that RioOnWatch had to ask: what is it that makes these spaces so culturally vibrant? And what are these communities doing to advance their art?

Jorge Barbosa, Director of the Observatório de Favelas and manager of a project that maps cultural groups in the favelas (Solos Culturais), has a territorial approach to the question: “the streets, the alleyways, the stairs are cultural scenes that are in fact very close to real life.”

In other words, it’s easier and cheaper to host an event in the street when resources are limited. It’s hard to disagree with Barbosa–concerts are rarely held behind closed doors. Artists make use of the public space and play ao vivo (live) in front of grocery stores, which in turn sell their beers to the audience. As noise pollution isn’t really a working concept here, this system benefits the community, largely happy to hear what the youth has to (dis)play.

“Favela youth culture is not a ghetto culture,” clarified Barbosa. “The youth are immersed in urban culture, they just retranslate it from their own experience.”

While favelas are filled with culture, the stigma that surrounds these communities makes it difficult for favela artists to reach the mainstream on their own terms. The new objective, according to Barbosa, is to build bridges between the favela and the asfalto (asphalt, representing the ‘formal city’). Favelas are not cut off from the rest of the city: they process external influences, and adapt them into a new form of expression that belongs uniquely to the community but struggles to move beyond that. Barbosa speculates that favela culture has trouble expanding beyond its borders because of mobility.

“The priority is not equipment, it is the territory,” he said. “Having a place to realize oneself, to live together and exchange, this is what potentializes an entire community.”

The price of transportation itself restricts youth from going to mainstream events that are usually far away from their homes. Moreover, different aesthetics and social codes limit the interactions between the different parts of the city–many young people from the favela have felt discriminated against when crossing the border to mainstream art and culture spaces.

The explosion of social media in Brazil and initiatives to put community organized events on the map contribute to facilitating access to favela culture. This Fall, the Observatório is launching a collaborative smartphone app that lists cultural events in favelas, including time, place, and directions. Enhancing the visibility of those projects beyond the limits of the favela in order to foster exchanges and attendance is the challenge they aim to meet.

Meanwhile, many projects are already doing this in the physical world. The Vamos Desenrolar! project brings together the NGO Raizes em Movimento with students from the Federal University of Rio de Janeiro (UFRJ) in various workshops for youth from the Complexo do Alemão. This cooperation aims to end the ever-present favela stigma that hinders young people’s chances to be included in the wider society. One of the founding members of the project, David Amen says the narrative seldom belongs to the poor.

“The poor are seen as recipients of information, of subaltern jobs, they are never the protagonists of the story,” he said. “We are looking for this protagonism. We have a loud voice. Not just for yelling, criticizing or manifesting. We here know how to do a couple of things. This entire event was organized by the kids and the students.”

The event included a film, a play, a stencil workshop as well as a literatura de cordel stand. 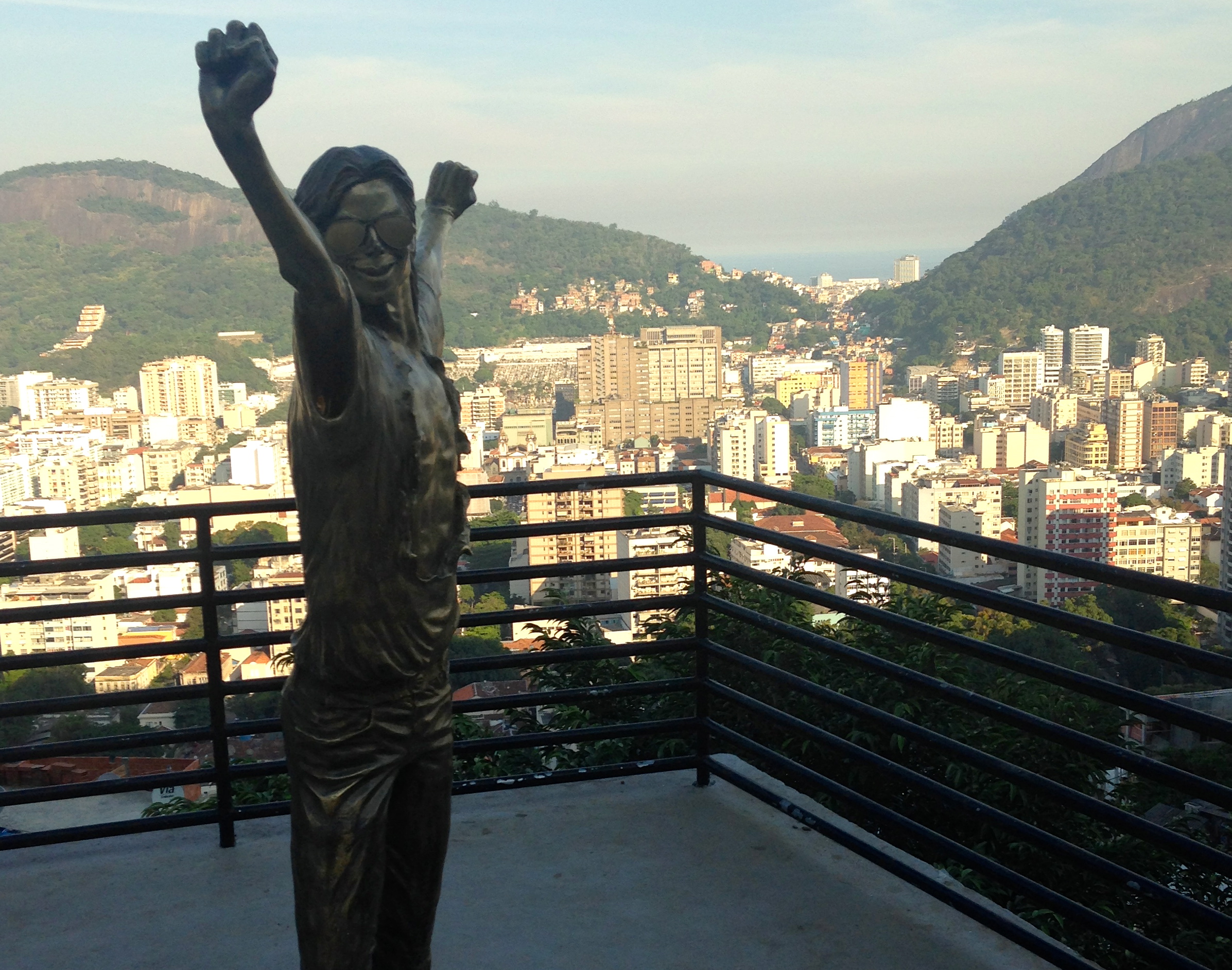 Up at the Casa de Cultura Dedé in Santa Marta, better known as Casa Michael Jackson after the visit of the King of Pop to the area, Robespierre Avila and his wife Leslie run the Atitude Social NGO. Their center boasts a piano, small library, numerous percussion instruments, and crude but powerful amplification equipment. The school provides a range of music lessons, reading classes and a place for kids to hang out and do what they like.

“The kids come and go, one plays music, the other reads while another paints. I don’t count or keep a log of their whereabouts,” he explained. In all its simplicity, the center seeks to give children a means of escapism through artistic activity.

The Casa Cultural de Dedé is “a collaborative network where youth create a cultural scene and appropriate the knowledge of others,” explained Barbosa. The center enhances the already rich system of cultural interaction in the favela.

All of these cultural activists agree on one thing: favelas yearn to find means of expression. According to David Amen, youth need to find places that “give them the possibility of expressing these feelings that boil inside them.”

This can be paradoxical, as most of the images the international community associates with Brazil actually come from the morros. Samba, football, capoeira and even the mighty Carnaval have been uprooted from their original subject and appropriated by mainstream media. What these cultural organizations do is offer the opportunity for favela youth to draw their own path and to reappropriate the means to make their own voice heard. The favela is a polyphony and it deserves to see its position as the heart of cultural creation in Rio recognized.