From March 1 to 12, Complexo do Alemão media collective GatoMÍDIA hosted an intensive media and technology residency to empower favela youth to make their own culture and “build hacks for the future.”

Entitled Favelado 2.0, the residency included workshops on video, fanzines, illustration, photography, social media, text and media-activism. According to GatoMÍDIA, “the idea is to increasingly empower the collaborative culture of the favela, stimulating each person to share knowledge with another, strengthening a local network culture of connected favela residents building their own future.” 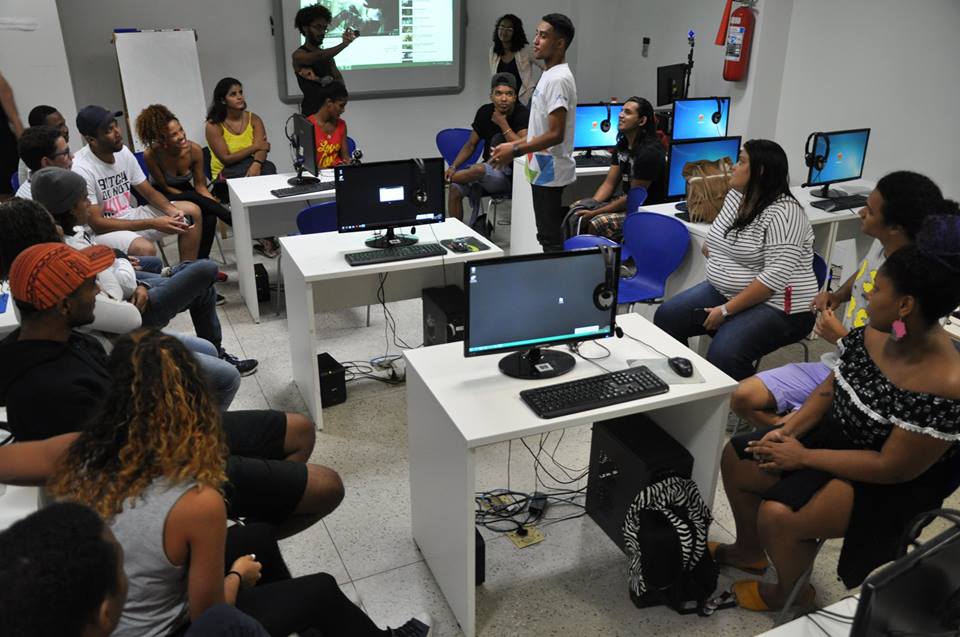 GatoMÍDIA raised funds to carry out the ambitious and innovative Favelado 2.0 residency through a collective crowdfunding campaign with seven other community projects in Complexo do Alemão last December and received funding from the Common Action Forum in Madrid.

Over 200 young favela residents applied to take part in the residency, of which 20 were selected. Half the places were allocated for residents of Complexo do Alemão and Penha, where the residency took place, with other places going to residents of favelas across the city of Rio and the Baixada Fluminense in greater Rio. The final selection included residents from Complexo do Alemão, Maré, Jacarezinho, Cavalcante, Engenho da Rainha and Complexo da Penha in the North Zone; City of God and Praça Seca in the West Zone; Santa Marta and Tabajaras in the South Zone; and São João de Meriti in the Baixada Fluminense. Participants came to the residence with different interests, including graphic design, drama, video, journalism and graffiti. 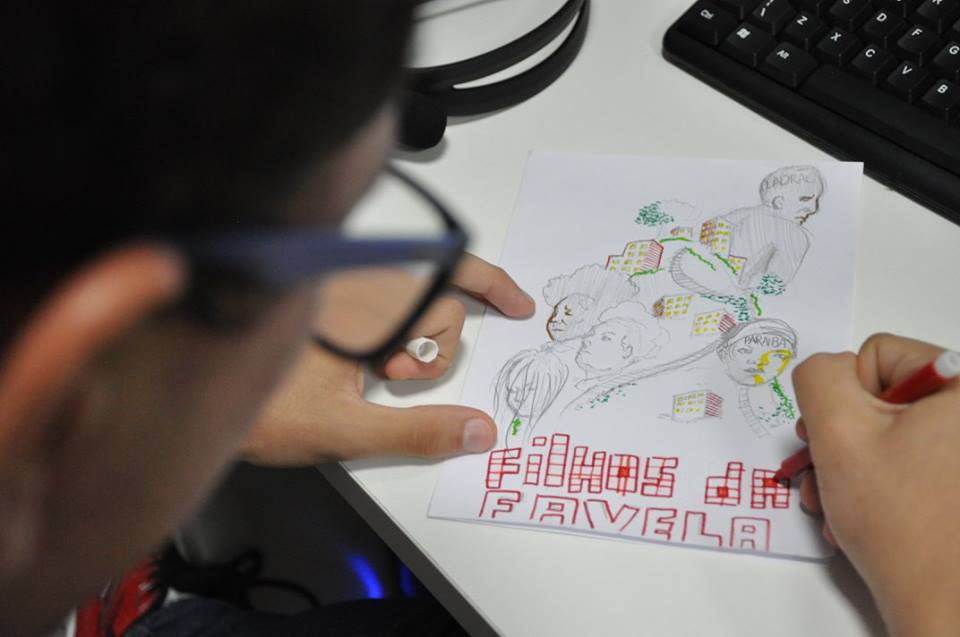 The residency began on March 1 based at the Nave do Conhecimento (Knowledge Ship community learning center) in Nova Brasília, Complexo do Alemão. With a strong focus on participation and exchange, the residency’s opening discussions explored the philosophy that favelas are places of creativity and innovation, or maker culture. Journalist and GatoMÍDIA member Thamyra Thâmara argued that “creating and innovating in everyday life is a tool of resilience for poor, black, favela residents. We reinvent our lives every day. And we’re deconstructing to continue creating our own concepts and disputing our place to speak and make.”

The opening days featured inspiring talks by media-activists Raull Santiago from Coletivo Papo Reto and Enderson Araujo from Mídia Periférica in Salvador, Northeast Brazil and engaging exercises in which participants had to defend their point of view.

Sabrina Martina, 18, from Complexo do Alemão explained on Day 3: “The idea is to incentivize our creativity… It’s a really cool project. It’s a totally new idea and I’m sure that we’re not going to come out of it the same.” 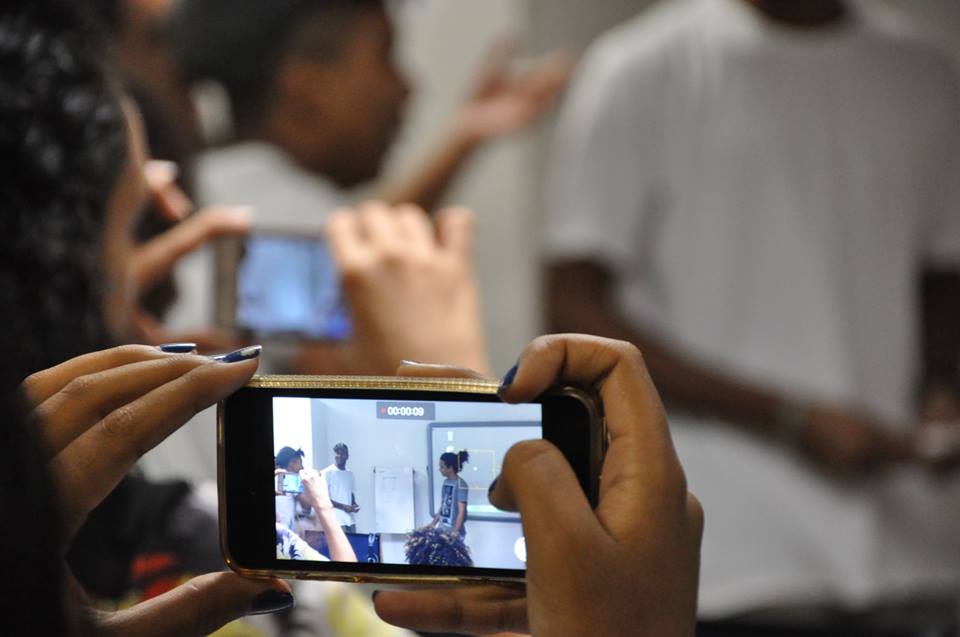 Workshops on specific tools and techniques followed, with training in creating videos for YouTube by actor and comedian Marcelo Magano who encouraged the group by saying: “What informal skill do you have? How about creating methodologies for these skills? The creative idea is nothing more than a combination of things. A great blender of the mind!”

The second week of the residency focused on the practical application of the techniques learned and the development of projects and ideas. Throughout the week the group worked collaboratively to produce videos, photo essays and a collective text.

The video “Gambimake” by Mayara Ximenes, Caroline Cristimann, Isys Natã, Alessandra Martins, Larissa Neves, Rodrigo Vicente and Robson Deluqui is a make-up tutorial using affordable products. Make-up artist presenter Mayara, 23, explains: “We always see loads of tutorials but always with really expensive make-up. We’re going to use products that you can buy in popular neighborhoods or even from street vendors. Nothing here cost more than R$10 and is accessible for everyone.” 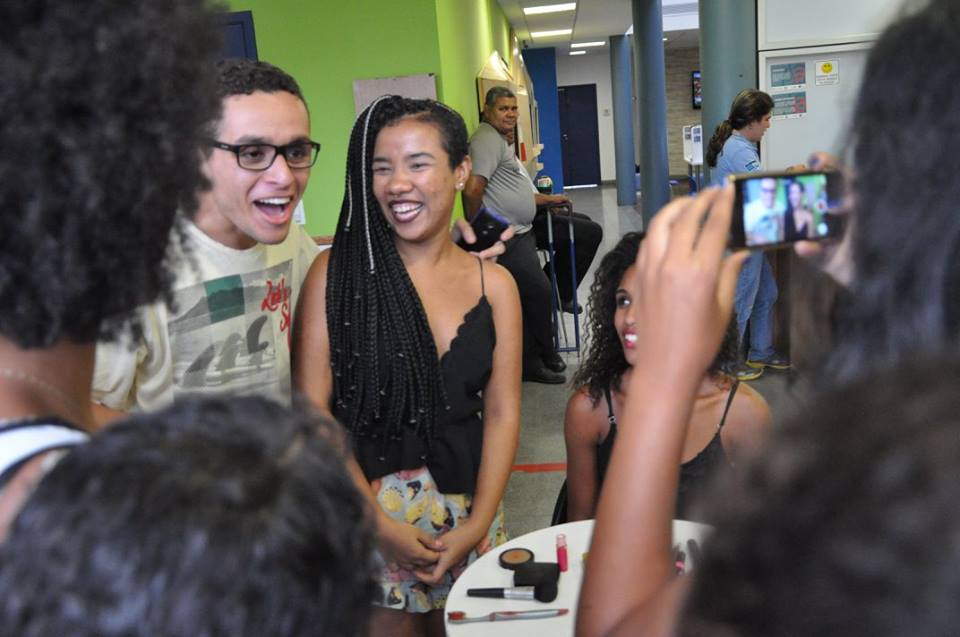 A video presented by Samuel Sorriso, 19, explores the maker-culture which exists in the favela taking the viewer on a tour of everyday creativity and innovation. With wit and charm, Samuel highlights the weights created from soft drinks bottles, ice cream topping shakers from water bottles, car wash sponges made from a mattress, improvised trash cans and the moto-taxis as effective transport through the favela’s narrow alleys.

He closes the video speaking about his experience of the Favelado 2.0 residency: “It’s been a big adventure and great pleasure to be able to be with the people from the residency these last two weeks. It’s been an exchange of experiences and study. I’ve admired and liked it a lot.” 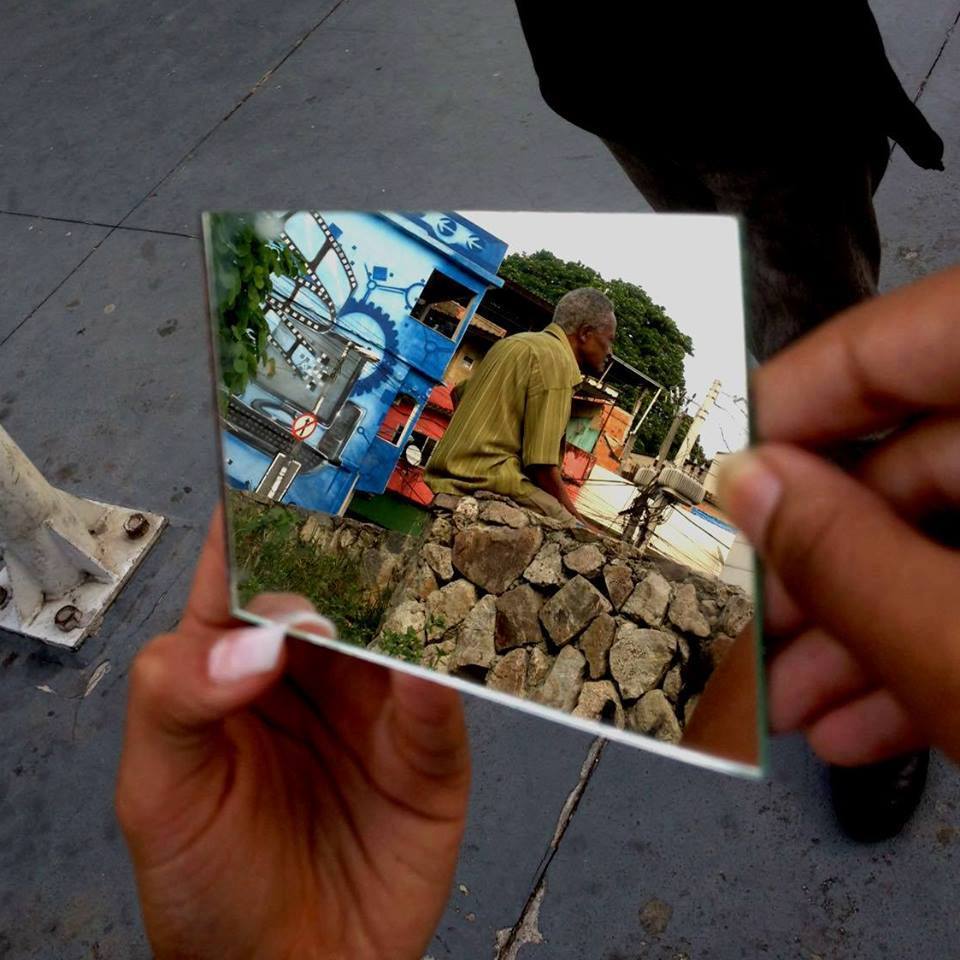 On the final day of the residency GatoMÍDIA published the collective text produced collaboratively by participants which explores the definition of “favelado 2.0.” The text is an affirmation that the young generation is technologically savvy, digitally connected and empowered to create their own culture. It also describes daily life and challenges such as the stigma they experience in South Zone malls or bars, the difficulty of transport to the beach or getting home late at night, arriving home during shootouts and tensions with police. The text concludes:

“[The favelado 2.0] has learned that their cell phone can be used as much for fun as for registering blows, the delicate moments of conflict when human rights are violated. They’re also called on to help the neighbor who’s bought a new phone but doesn’t know how to use it. The favelado 2.0 is local, active, taking everything in, nothing goes unnoticed, is reinventing him or herself and strengthening the favela.”

The residency closed on Saturday March 12 with a discussion about makers in the favelas and the presentation of projects developed during the two weeks. Following this successful first edition, GatoMÍDIA is planning a second residency to be held in May.