When Maria do Socorro, 39, comes home with her five-year-old son Alejandro, she leaves his wheelchair at a friend’s house nearby and carries him home in her arms. To get to her apartment, she has to carry him all the way up to the fourth floor, without an elevator, 20kg, every day.

There’s no space to leave the wheelchair downstairs or in her apartment, but she is glad that after four and a half years she finally managed to get one for her son. Alejandro has suffered with infantile cerebral paralysis since birth, meaning he will never be able to walk on his own. They live in Rio das Pedras, a favela with around 40-65,000 inhabitants in the West Zone of Rio de Janeiro.

Twice a week, Maria takes Alejandro to the Obra Social Dona Meca, a nonprofit rehabilitation center for disabled children located in the Taquara neighborhood in the West Zone. The institution was founded in 1992 by Rosãngela Chacon, a psychologist who continues to work there. They rely on donations, public funding, sponsorship and volunteers to provide free care to disabled children.

Today, Obra Social Dona Meca offers outpatient treatment for 263 children and shelter for 35 who were abandoned, ill-treated or had families who could not provide for them. Altogether, Dona Meca gets 6,530 visits every month and offers 2,450 hours of therapy.

The extent of this service provided by Obra Social Dona Meca is impressive, however it isn’t enough to meet demand since there aren’t similar institutions in Rio. Anderson Gama, who is responsible for Obra Social Dona Meca’s communications and institutional development, can’t think of any other. There are around 100 children on a waiting list for treatment at the center.

Maria de Socorro is glad she got a place for Alejandro, and that “it’s not so far.“ Still, it takes about an hour and a half on a crowded bus for them to get there. She says sometimes the buses don’t stop for her, so she has to wait another hour at the littered bus stop with Alejandro. According to Maria, mobility is one of the major obstacles in her life. Education is another. Alejandro currently attends a regular public school and really likes going there. But when it comes time for secondary school, his mother is afraid there won’t be wheelchair access for him.

Anderson Gama echoes Maria’s concerns about access to education: “According to the law of inclusion, every child has the right to go to a normal school. Which is a good idea, because children don’t have prejudices. But in practice, our schools aren’t prepared for that. There are no qualified teachers, no ramps, nothing. One of our patients was just seated away from his class and left there all day. At the end they get treated like a joke. And I am afraid that the new government will just make it worse.” 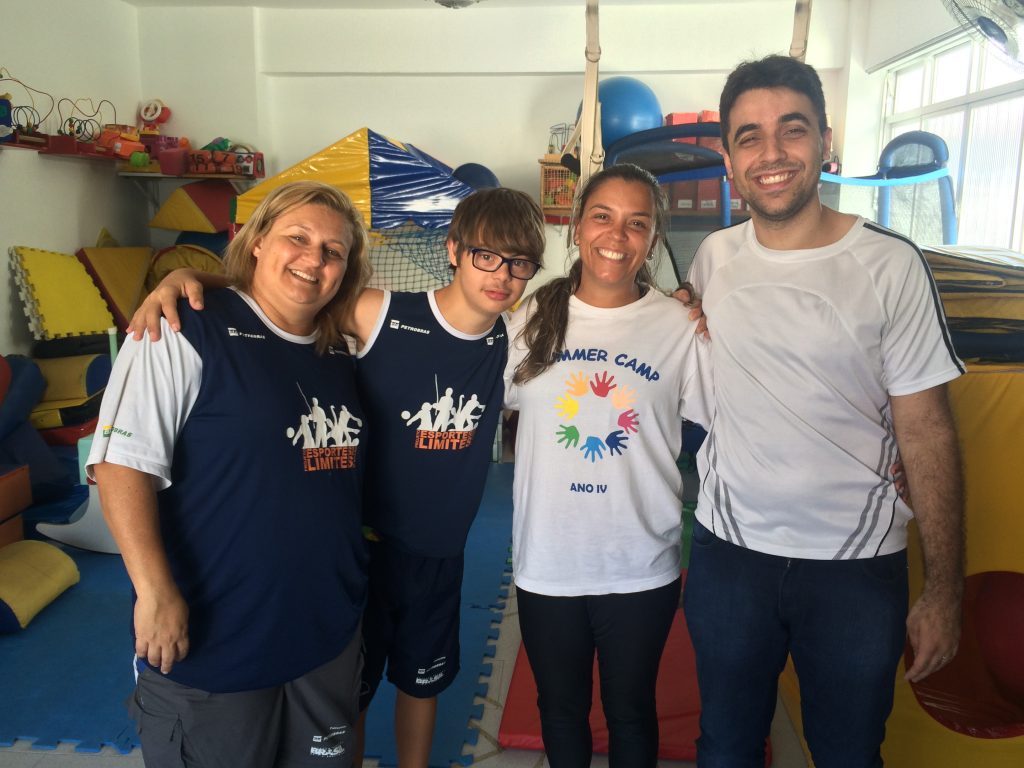 In his reform agenda, Michel Temer, Brazil’s interim president, already proposed to limit public spending growth for up to 20 years.

According to data by the Brazilian Ministry of Education, between 2003 and 2014 accessibility for physically challenged people increased by 381%. But official data should be viewed with skepticism. The question of how many Brazilians are in fact disabled is controversial. Using census data, the Brazilian Institute of Geography and Statistics (IBGE) says 24% of the population has a disability, which is a shocking claim. Gama disputes the IBGE figures. “Even in Ukraine, where a war is going on, the numbers are much lower,” he says. “Everyone who needs glasses is physically challenged and therefore counts for them. It is not very accurate.”

It’s not known exactly how many of favela residents are disabled. But certainly their daily life has many challenges. “Everything is complicated,” says Maria. The Paralympic Games were meant to change that. Maria hopes the recent Paralympics might have an impact on the general perception of disabled people within the society. More important for her and her son was the pure fun of the event itself. They went three times and loved it. The atmosphere was great and moving around the Olympic Park with a wheelchair was not a problem: “If our reality was like it is there, life would be easy.”