Over the course of the week, RioOnWatch will be publishing a series of notes on the tragic fire that destroyed the National Museum this past Sunday. The following note was posted on Facebook by Alexandre Fortes.

In war, there’s no time to cry. We are seeing the destruction of the country’s largest and most important scientific archive—and the coup-plotters already want to hold the Federal University of Rio de Janeiro (UFRJ) liable for this tragedy.

Beyond all that it represents as a heritage site and as a research institution, the National Museum was a natural focal point for the March for Science, the cradle to which our mistreated and fierce scientific community would always return, a safe haven for all who insist on believing that this country could be sovereign and could use our immense capacity for knowledge production to offer its people a dignified life.

The loss is immeasurable and irreparable. Indeed, it exposes our incapacity to make structural investments, even in favorable moments. But, above all, it reveals the criminal nature of the “austerity” policies that were transformed into a constitutional amendment, such that the “adventure” of spending on education, healthcare, culture, science, and technology is never again repeated—especially after seeing that these expenditures can stimulate the economy in favor of development and the reduction of inequality.

Will a country that stops vaccinating its children, that is seeing increasing infant mortality, that assassinates 60,000 people per year, that is going to place a man who teaches infants how to shoot in the final round [of elections], by chance invest in culture and science? 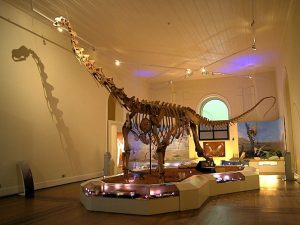 The respectable people responsible for [running] this country would certainly remain at ease, continuing to visit the Louvre, the Metropolitan Museum of Art, and the British Museum, knowing that the masses will no longer have even a taste of [the experience of] seeing a mummy or a dinosaur for eight reais in a nice public space in [Rio’s working class] North Zone.

Meanwhile, the fraudulent political, media, police, and judicial apparatus has already shown all signs that it will appropriate this calamity to launch a new offensive against public institutions of science and technology, as well as against their employees and directors.

Alexandre Fortes is a professor of labor history and is currently the associate dean of research and graduate studies at the Federal Rural University of Rio de Janeiro (UFRRJ).