SOS Jardim Gramacho is a social movement run by residents for residents. Founded in January 2015, the project strives to improve the quality of life of the community of Jardim Gramacho, located in Greater Rio de Janeiro’s Baixada Fluminense region, by fighting the “waste culture” that allows for the consequences of unstructured waste creation and collection to go ignored. The initiative focuses on sensitizing residents to the benefits of waste sorting and collaborates with recycling cooperatives, companies, and other social movements in the Baixada to push for continued learning and support income-generating opportunities for recyclable materials collectors. “We have always been fighting to make Jardim Gramacho a better place, especially after the closure [of the landfill]. The promise was that this would turn into a modern neighborhood, that it would have schools, plazas, basic sanitation. But that never happened,” says Jovelita Miranda, one of SOS Jardim Gramacho’s leaders. 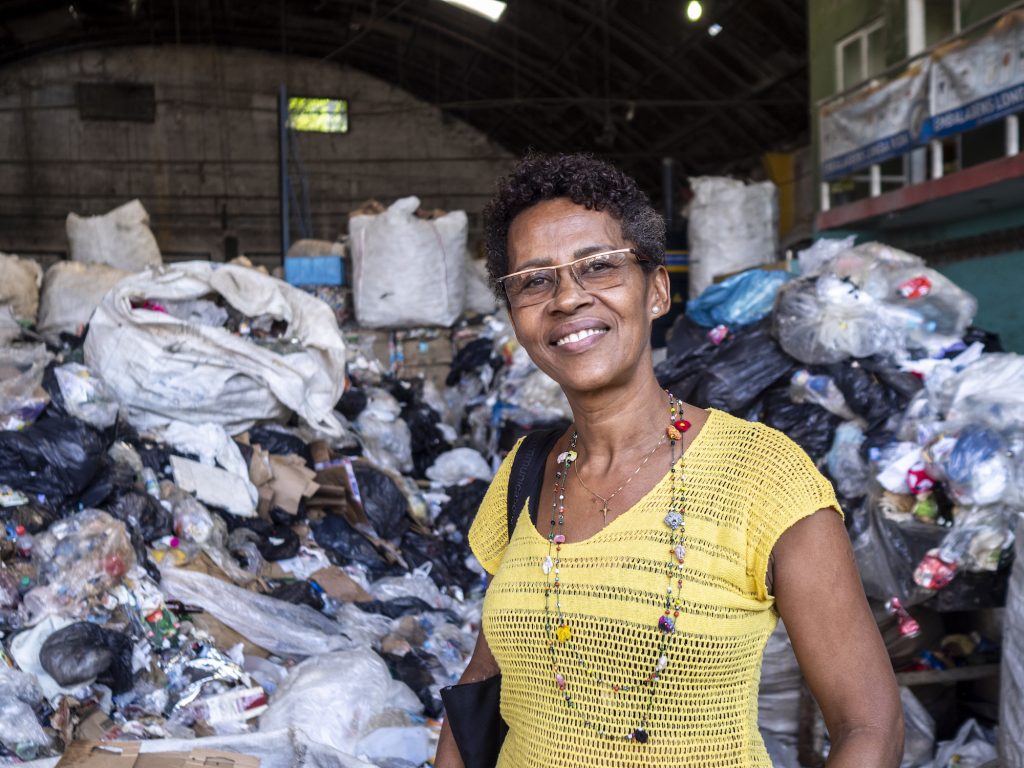 Built in the 1970s and gaining worldwide notoriety through its portrayal in the documentary Waste Land (nominated for an Oscar in 2011 and available here), Jardim Gramacho’s landfill was formerly the largest trash landfill in Latin America and one of the largest open-air landfills in the world. Waste pickers relied on the massive landfill for income, subsisting off of informal recyclable materials collection to survive and provide for their families. Upon the landfill’s closure, the municipal government of Duque de Caxias provided registered recyclable materials collectors with compensation, but many were left out of the deal. 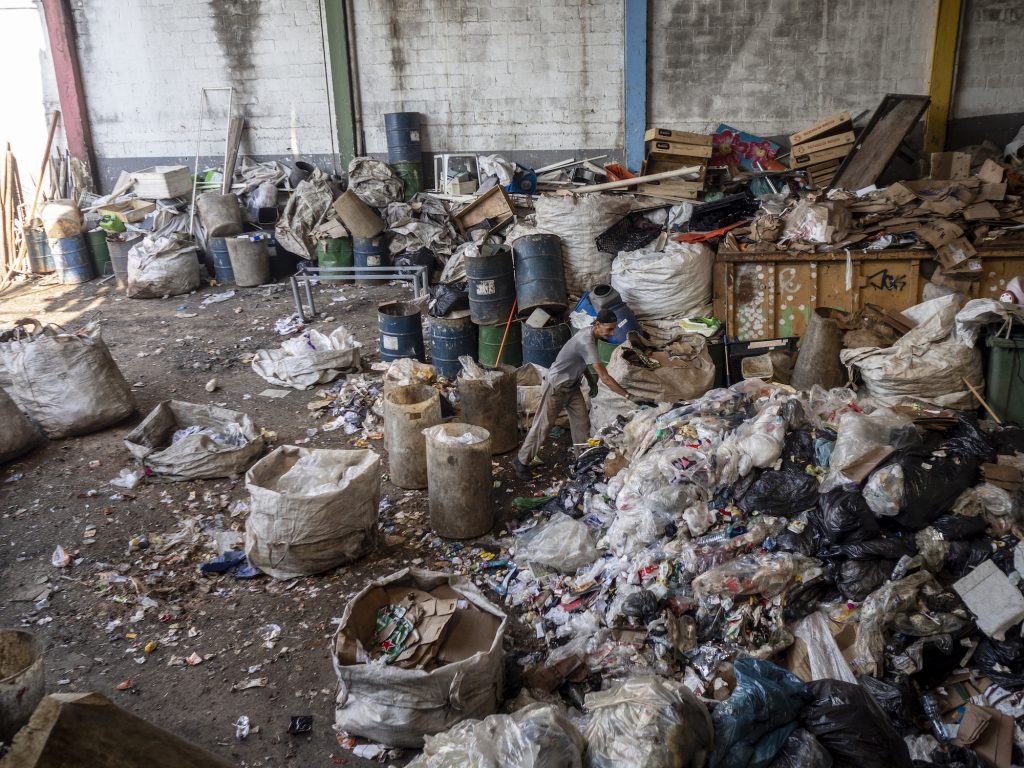 Undeterred, Miranda and friends pushed ahead. “We realized that we needed to do something to improve the neighborhood. We first created a WhatsApp group where we started including the people that were interested in taking part [in the recyclable waste collection program], and we still continue to do this work person by person, including more people in the group so that we can monitor the situation. We then started a registry system in which residents can provide their names, addresses, and phone numbers for us to bring to the waste sorting center.” The sorting center includes three recycling cooperatives which were among the ones left out of the City of Duque de Caxias’ original recycling collection project. The center currently provides subsistence to 21 families.

The sorting center’s space is rented. The City paid rent and minimum wages to the workers for a year, but financing was terminated at the end of Alexandre Cardoso’s mayoral administration in 2016. “They [the City government] were not very well structured because this is a job that requires investment, propaganda, the work of sensitizing people, work done door by door. So, we, as residents, tried to provide support to this conversation, also through partnerships with bigger and stronger movements, such as the Grita Baixada Forum and Casa Fluminense,” recalls Miranda. 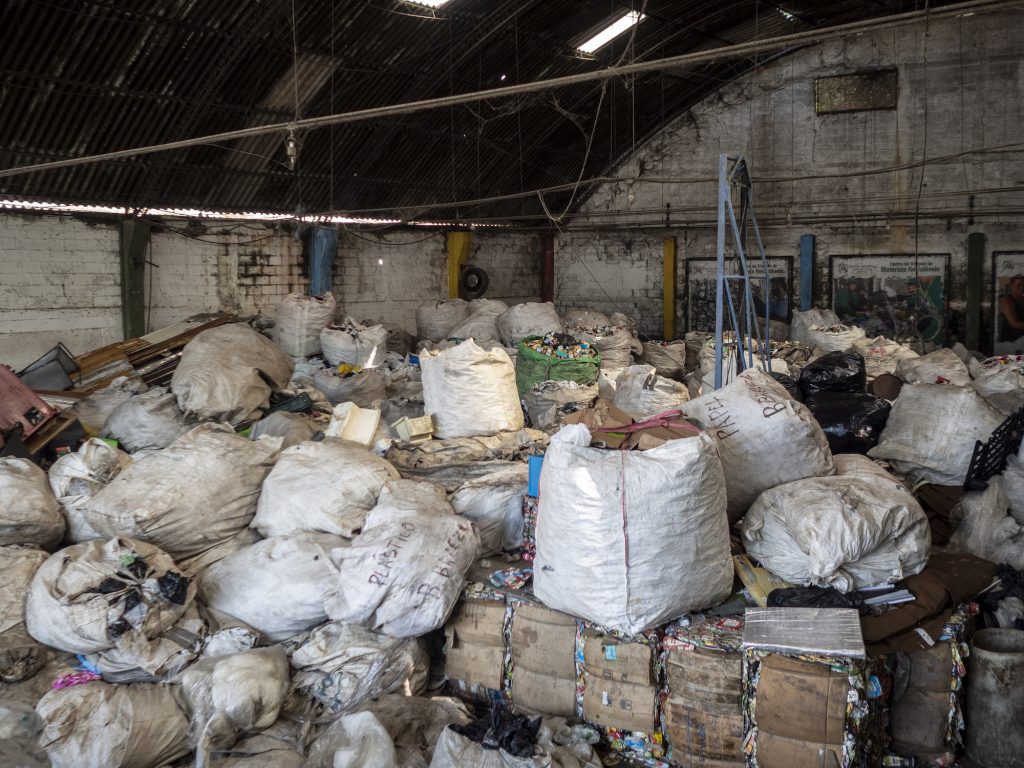 “This is how it works: the people who are registered separate the waste material in their own houses—this is the awareness-raising work that we do. The people separate the recyclable materials from organic materials, which is instead placed with the regular trash. Then, the sorting center trucks pass by and collect the recyclable material. Before this, people were mixing everything, recyclable with organic. The City government would collect this trash and bring it to these strategic points to have trash pressed and later treated to have it buried in the soil.”

Since the first year of financial support, the City government has only provided trucks and gasoline necessary for the trash collection, support with the necessary documents and licenses, and various materials. Rent for the space and income for workers is entirely generated by the cooperatives, who make a profit through the recycling material, amounting to an average of four to five tons per day. According to the director of one of the cooperatives, the support of SOS Jardim Gramacho is crucial in making sure the collection and income for recyclable materials collectors keep flowing. “We are aware that SOS [Jardim Gramacho] brings us strength. Jovelita is like our godmother,” she says. 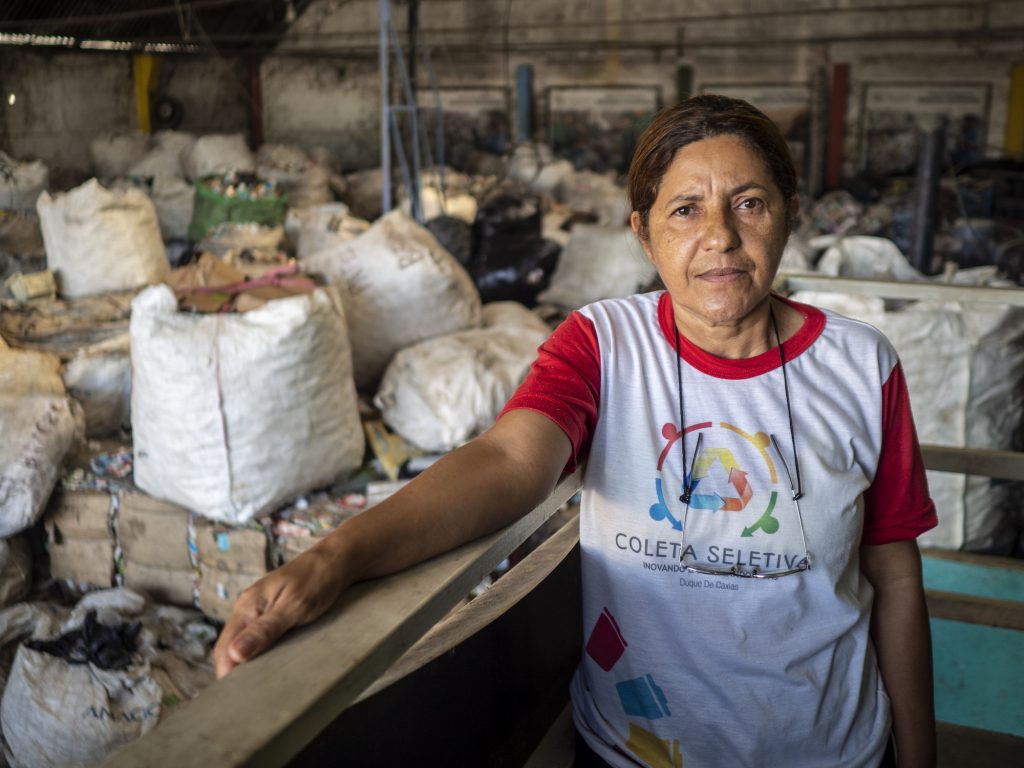 However, Miranda remarks that the cooperatives at the sorting center often struggle to bear their costs and are still only able to grant minimum wages to workers. Maintaining the space without support from the City or external partners is hard: rent is expensive and some days there is not enough waste to collect. If these cooperatives could own the space where they operate as originally promised by the City when Jardim Gramacho’s landfill was closed, says Miranda, many of these issues could be avoided.

Unfortunately, that promise has not been realized. Talks through 2011-2013 between the City government, cooperatives, and recyclable materials collectors regarding the creation of recycling hubs to provide additional subsistence brought no answer. While Rio de Janeiro state law authorizes the government to finance and support recycling cooperatives, Miranda and her coworkers decry the lack of action on the part of authorities in an area that has become symbolic of broken promises in Rio de Janeiro’s peripheries. 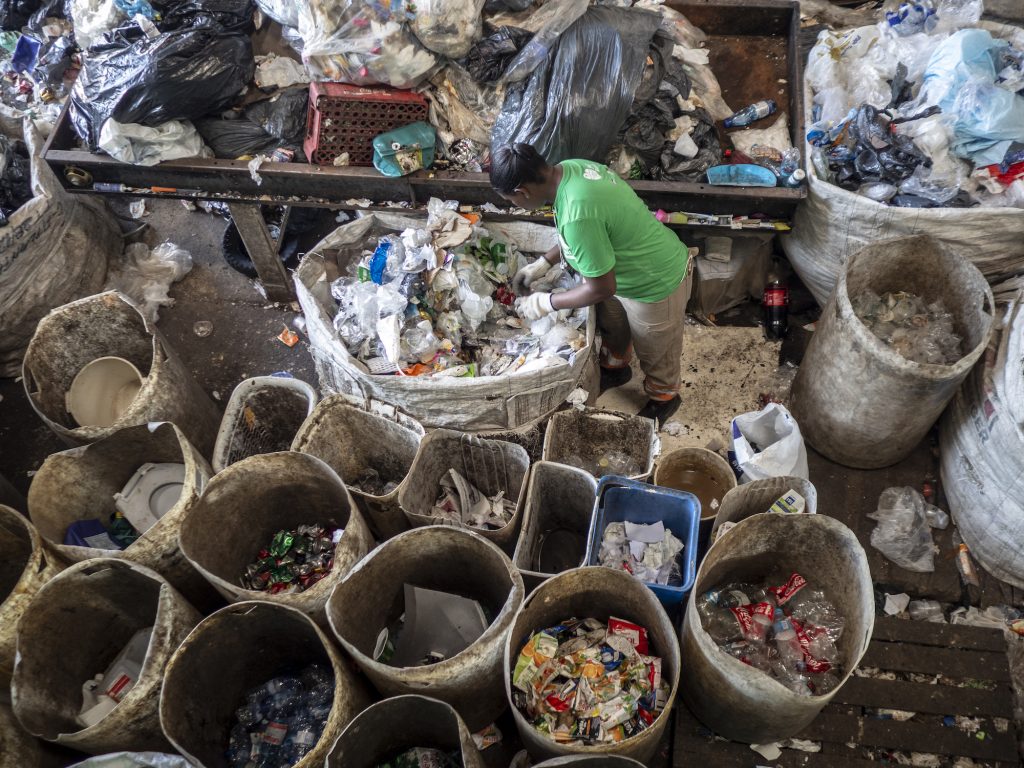 It is exactly this public presence that Miranda deems crucial for the well-being of her community and the continuation of selective waste collection in the neighborhood. “The hardest task was to start, to introduce recyclables collection in the neighborhood, making sure that residents are aware of the issues. They actually already are aware because we have organized three protests so far, where we go out in the streets to spread our work. We also have a Facebook page that is well-followed. So there is awareness already, but there is no way to move forward if there is nobody to support us. So what is missing, and what we hope for, is that our governments do their part in order to ensure the continuity [of recyclables collection].” This is the role of SOS Jardim Gramacho as a movement: to bring attention to these issues, push for needed services, and shed light on government neglect.

*SOS Jardim Gramacho is one of over 100 community projects mapped by Catalytic Communities (CatComm), the organization that publishes RioOnWatch, as part of our parallel ‘Sustainable Favela Network‘ program launched in 2017 to recognize, support, strengthen, and expand on the sustainable qualities and community movements inherent to Rio de Janeiro’s favela communities. Check out all the profiles of mapped projects here.