Living in Berlin means bearing witness to ubiquitous and varied self-made, everyday urbanism in all corners of the city. Pop-up markets, stores, street vendors, street musicians and performers, alternative cultural centers, temporary occupations in vacant or abandoned buildings, interim clandestine usage, and caravan communities on vacant land are just some of the physical representations of Berlin’s everyday practices and subaltern spaces. The city saw hundreds of building occupations throughout the 1960s and ’70s, as urban modernist renewal projects gave rise to protests and demonstrations to keep public spaces accessible and housing affordable. Since the fall of the Berlin Wall, the city has not only experienced a second wave of squatting, but also multiple small-scale counter-practice movements in the form of temporary usage. In some cases, these movements developed into solutions that remain to this day.

At a time of stressed housing markets and diversifying populations throughout Berlin and Europe, such self-organized place-making strategies help to grow the understanding of alternative and democratic approaches. Ongoing research on mainstreaming co-housing and policy innovation in Europe has demonstrated the strengths of owner-occupied building communities, or Baugruppen in German. Against the background of a long-established hereditary lease concept (Baugenossenschaft), the notion of community land trusts (CLTs) has recently moved from theoretical to concrete implementation: Germany’s first CLT initiative has begun its work in Berlin, joining the global trend of CLTs. 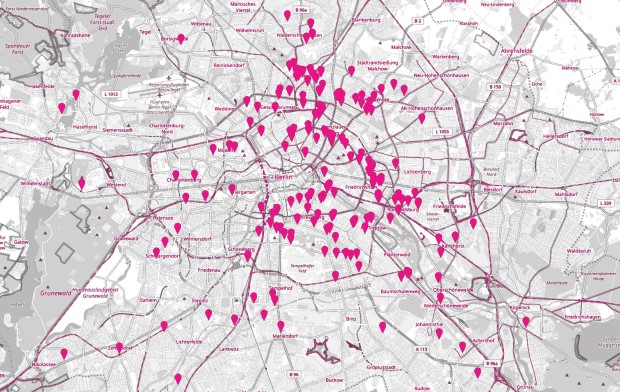 And yet, there exists a need for frameworks that can provide for a larger variety of mixed-income households, rather than for an elitist minority: in Berlin, as in most of Europe, self-organizing communities are often established and managed by relatively affluent and educated middle- and upper-class households. Research has shown that evidence of long-term sustainability and community effects remains relatively weak concerning the participation of less affluent groups. This is intuitive, as current approaches treat issues on an academic level and are applied in the field by privileged Berlin households. While scholars generally support such initiatives for their positive impacts and their commitment to micro-scale social networks and innovation, critics highlight the negative aspects of increased homeownership on the winning side of Berlin’s gentrification cycles—a city in which most people rent.

The question of how to expand the field toward more inclusive self-organized housing solutions requires role models. Favela communities in Rio de Janeiro—apart from engaging effectively in sustainable and innovative methods—are among the longest-lasting “informal” settlements in the world today, and possess comprehensive knowledge of self-organization within highly complex social and physical environments.

This type of cross-comparison and knowledge-sharing requires care. Today, the logic of growing cities outside the Western world stands in stark contrast to early urban theory. Contemporary challenges such as the affordable housing deficit and the geographical shift to rapid planetary urbanization indicate not only a need to understand informality as an idiom of urbanization, but also to examine urban development from different perspectives. Unbalanced global power structures, meanwhile, have sparked multi-layered discussions, requiring sensitive research approaches to urban knowledge production and exchange.

In attempting to adopt potential models and practices from favelas, particular care must be taken not to romanticize or “other-ize” such spaces. Architectural academia is especially guilty of this, in its tendency to aestheticize the imagination of “informal spaces” as organic and elegant in the context of post-colonial modernization practices, rather than understanding the local and social organization first, gradually examining how these networks express themselves in physical space.

Such pitfalls are avoidable. Methods available for understanding actor-space relationships are vast and assist researchers in structuring their observations in a way that avoids stigmatizing and hasty conclusions. As multiple scholars have argued, the binomial formal/informal is obsolete in an age of simultaneity and translocality. At least in academic discourse, the concept of informality, an “expression of functionalist-technocratic top-down perspective on the […] question of human settlement […],” in the words of scholar Ananya Roy, is widely refused. In short: the city is neither formally nor informally produced, but exists as a reciprocal process involving a variety of actors, practices, and spaces, and requires a careful understanding of how entities in urban environments relate to one other. 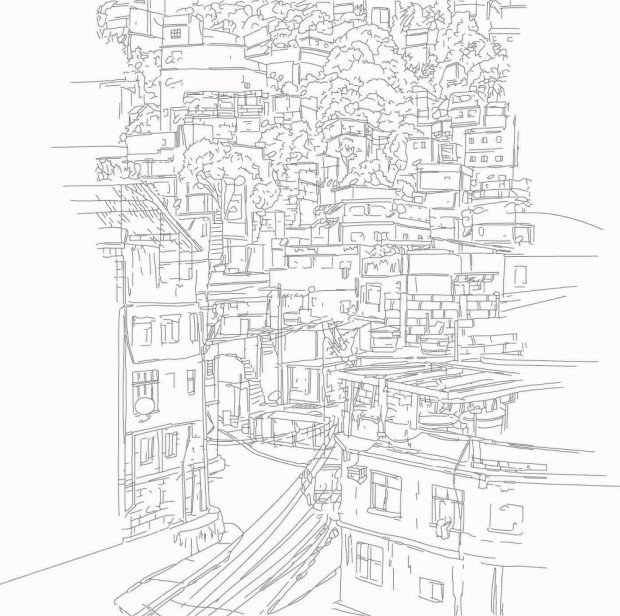 Furthermore, recognition of the qualities of subaltern urbanism, to quote Gayatri Spivak, is not new. The same can be said of favela communities: John F.C. Turner, researcher and author of numerous books and articles on self-directed settlements, was probably one of the first globally-recognized academics to call favelas a “solution rather than a problem” (in 1968) to the challenges of mass housing in the 20th century. Meanwhile, Turner identified mass public housing as the true problem of urban development in Brazil.

His observations and statements drew on previous research that never achieved a comparable worldwide acknowledgment. Alternative approaches to countering city expansion through development by inhabitants (with or without institutional support) date back to the turn of the 19th to the 20th century. Some examples to mention are Patrick Geddes, Peter Kropotkin, Otto Koenigsberger and Lewis Mumford. Equally important was the sociologist Henri Lefebvre, who once referred to favelas as:

“Manifestations of social life far more intense than the bourgeois districts of the cities. The social life transposed on the level of urban morphology but only survives as it fights in self-defense and class struggles. Their spontaneous architecture and planning prove greatly superior to the organization of space by specialists who effectively translate the social order into territorial reality with or without direct orders from economic and political authorities.” 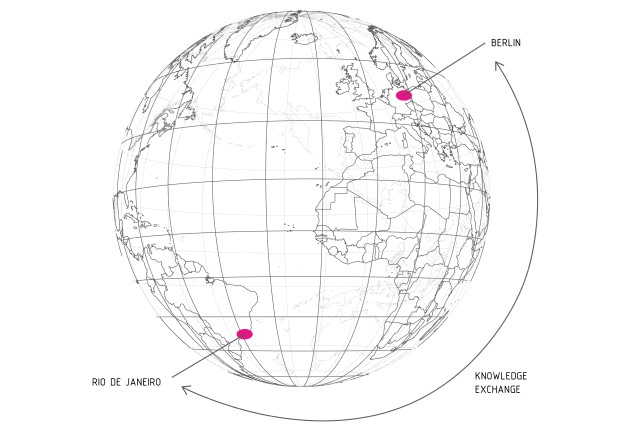 To achieve a closer link between the cases of Berlin and Rio de Janeiro, we can use a concept of reciprocal knowledge transfer called comparative urbanism, which can provide ground for thinking across different cases or “thinking the urban through elsewhere.” To this point, the late David Slater argued that we can learn from other regions by realizing that it is the marginal or peripheral cases that reveal what would be invisible in more obvious cases. Though few accounts of a reversal of North-South role-model-dynamics exist, it is important to note that the idea is, at least in academic circles, well disseminated—one concrete example being a microcredit system transfer from Bangladesh to Chicago.

Wide-ranging differences between selected geographical cases may even prove beneficial. Jennifer Robinson of University College London offers a valuable perspective on this point: to define a new repertoire of comparative practice means to abandon “hopeless efforts to apply a quasi-scientific rigor to case selection based on attempting to control for differences across cities.” Instead, writes Robinson, many comparative urban studies are providing grounds for conceptual innovation because of the variation across cases.

Rio de Janeiro’s favelas are therefore prime candidates for informing Berlin models of self-organized housing. The benefits of owner-built dwellings (as seen in favelas), such as the reduction of housing costs, remarkable social coherence and optimal fit of dwellings to actual needs and circumstances, are very relevant to the current under-supply of affordable housing in Berlin. As argued above, literature is widely available to support such comparisons without the need to control for every possible difference, and new inputs are exactly what Berlin’s self-organized housing needs. For the city’s low-income population, favelas may hold the key to breaking self-organized housing out of its current elite confines.