Launched in 2009 in the lead up to the 2016 Olympic Games, Porto Maravilha (Marvelous Port) is the largest urban redevelopment program in recent decades in Rio de Janeiro. Described as an opportunity to turn the city’s old port region into a thriving commercial hub and major tourist point, the project was stated to “guarantee that the [area’s] population benefits from revitalization to better their quality of life without leaving the area” according to the Porto Maravilha official website. The project’s foundational law (Municipal law 101/2009) required the government to implement actions promoting social and economic development for the local population. The project ultimately was marked, however, by attempted forced evictions, a lack of transparency, poor use of public funds, and incompletion.

One argument is that the project never sought to guarantee the right to the city for the area’s previous inhabitants. “The port is not a project that wanted to insert social housing. It was very objectively interested in providing housing for another income bracket, for earners of over two to three times the minimum wage,” explains Tainá de Paula, an architect, urbanist, and specialist in cultural heritage.

The project is emblematic of the practice of whitewashing Brazil’s black history and making Rio’s low-income populations invisible. Once the largest slave port in the world, the port zone is home to Rio’s first favela, Morro da Providência, and Pequena Africa (Little Africa), a cultural hub for the Afro-Brazilian community and original site of several urban quilombos—autonomous communities established by fugitive slaves in the 19th and early 20th century. Today, the area is home to around 30,000 residents, the majority working class who live in buildings, tenements and favelas such as Morro da Providência and its micro-area Pedra Lisa, or Morro do Pinto. The project comprises one of the largest private-public partnerships in Brazil. To date, Porto Maravilha has cost over R$8 billion (around US$2 billion).

In the early years of the project, since the Port areas was characterized as dilapidated, blighted, and violent, the purchase of cheap plots of land by interested developers was easy. Despite legislation which obliges the authorities to prioritize the use of public land for the construction of social housing, the majority of new developments on previously public land in the region are commercial. Management of the region’s development is currently overseen by construction giants OAS, Odebrecht Infraestrutura, and Carioca Engenharia. Speaking to Brasil de Fato, City Councillor Tarcísio Motta explained: “Porto Maravilha is a symbol of this privatized city which is preoccupied with generating profit and not guaranteeing the rights of the people.”

The development has been repeatedly criticized by urban planners and community members for its lack of social housing, despite earlier hopes. Under pressure, in 2015, then-Minister of Cities Gilberto Kassab obliged the City of Rio to create a social housing plan for the port in order to receive continued funding. While public meetings were held and the text for the social housing plan was drafted, the plans were never implemented. “The whole process of attempting both participation and actually building a social housing agenda in the port was not, in fact, a reality,” said de Paula.

Resources marked for investment in construction works in local favelas under the Eduardo Paes administration (2010-2016), such as the R$112.3 million initially reserved for Morro do Pinto, were redirected toward the construction of the Museu do Amanhã (the Museum of Tomorrow). Under current mayor Marcello Crivella, 75% of the total finances invested in ‘culture’ in the region were put into just two tourism-focused initiatives, the Museum of Tomorrow and the Rio Museum of Art which, combined, cost R$686 million (US$172 million) in public resources. 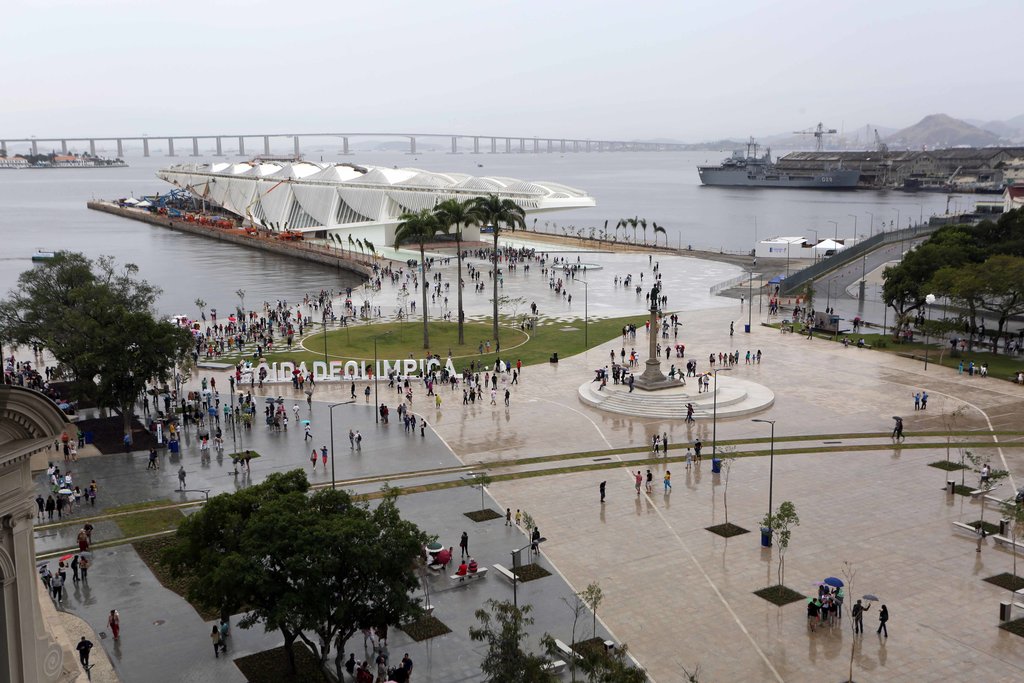 Under his Strategic Plan for the City of Rio 2017-2020, Crivella listed two planned actions for the revitalization of popular housing in the port region. First is a commitment to acquiring 20,000 social housing units by 2020, and second, a general increase in housing in the area, providing for the implementation of the Port Social Interest Housing Plan which includes housing construction, social leasing, and land regularization. With less than a year left in his first term, Crivella is unlikely to make good on these plans. 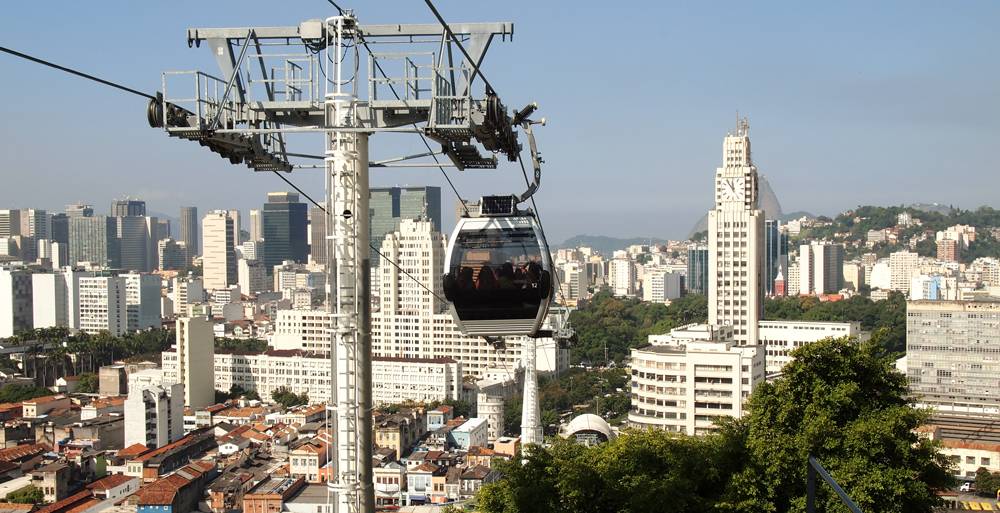 Amid all of this, the voices of local residents have rarely been heard. 2012’s notorious R$75 million (US$19 million) Providência cable car project demolished dozens of homes and the community’s primary public square, only for the cable car to be deactivated two years later. “We said the cable car was not our priority, our priority was basic sanitation, spaces in daycare centers for children whose mothers wanted to work, health, education…. But they built the cable car anyway,” explained Cosme Felippsen, a tour guide and resident of Providência. Past the cable car station, further up the favela, dozens more homes were demolished and their residents evicted purportedly to undertake improvements to benefit residents—though the community successfully stopped further evictions through a court battle showing those improvements were not in fact agreed to by residents. 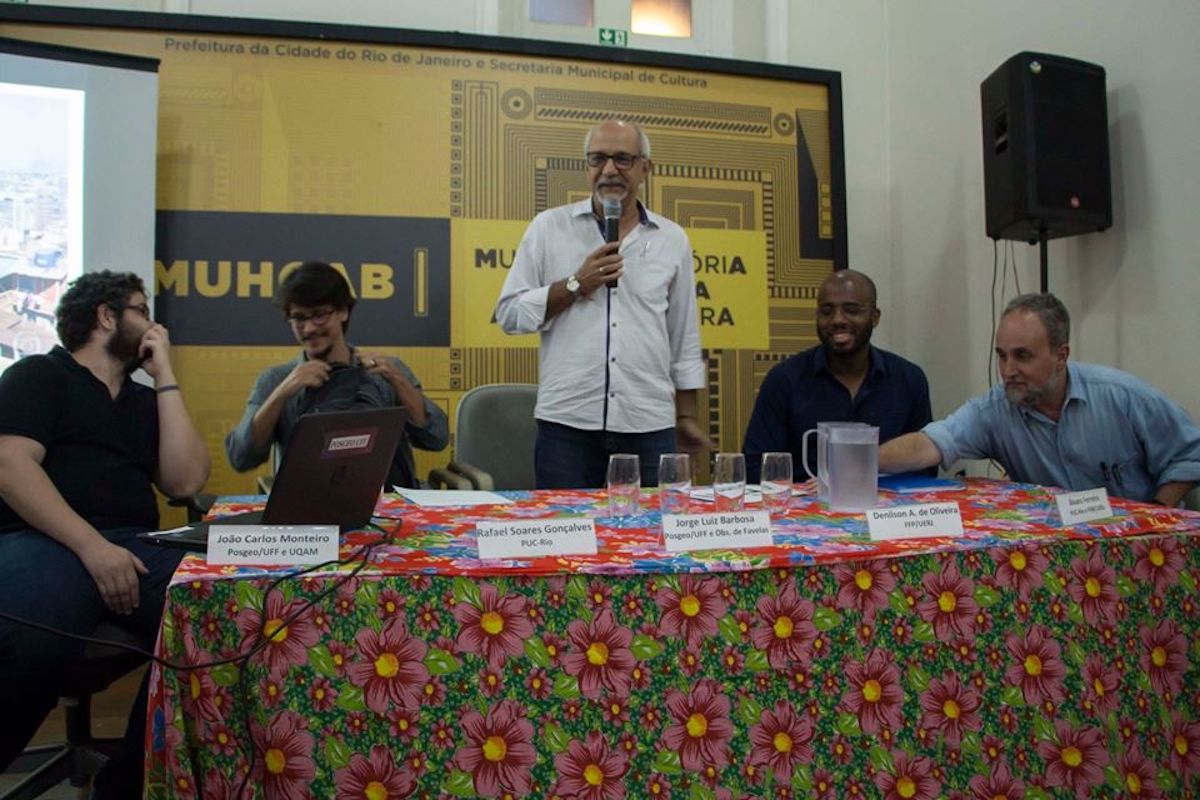 At a seminar held in October to mark 10 years since the Porto Maravilha’s launch academic and practitioner panels looked at issues such as “Spatial and Anti-Racial Struggles in Little Africa” and Territorial Stigmatization and Politics of the Repopulation of Rio’s Central Area.” Such analyses have yet to exert any apparent influence on those making decisions about Rio’s port.

Port area development has brought gentrification. The region has seen an influx of businesses move into the area, attracted by cheap land and spacious historical buildings, ideal for remodeling into trendy workspaces—YouTube even opened a space in a warehouse in the Gamboa Quay. In October, Crivella launched the innovation program labGov.Rio in Santo Cristo. At a cost of R$2.5 million (US$625,000) to the City of Rio, the space will have the capacity for up to 144 start-ups. While such incentives are welcome in Rio’s lagging economy, resulting increases in land and property value are likely, signaling yet another blow to the region’s majority low-income population. 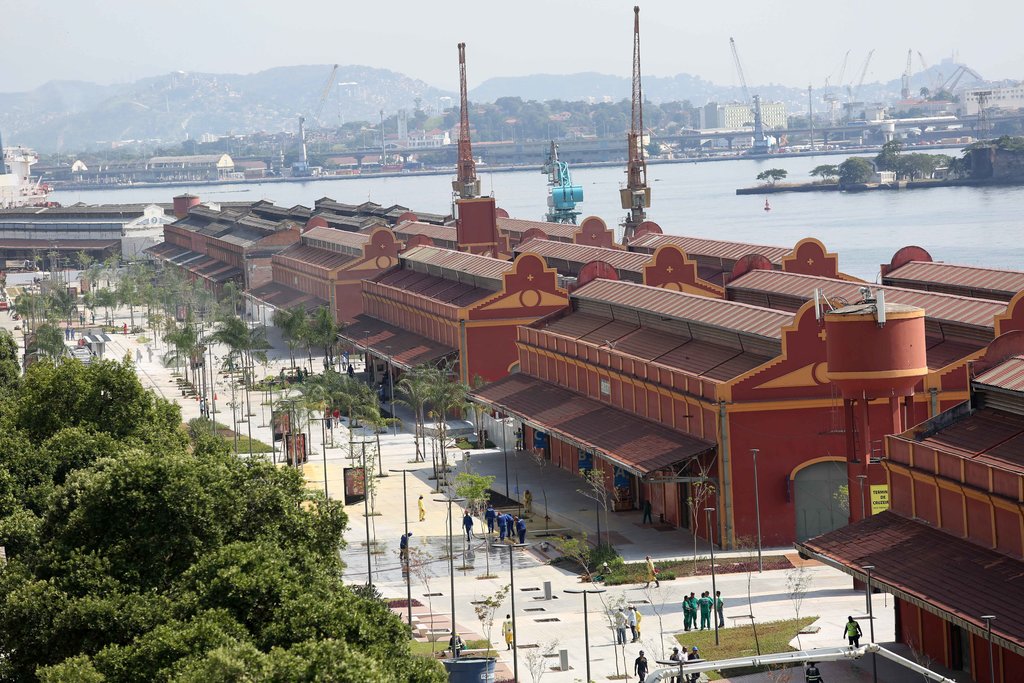 Meanwhile, the future of social and affordable housing in the region appears bleak. Recently, in October, the Urban Development Company of the Port Region of Rio de Janeiro (CDURP) began auctioning off large plots of land. These plots have been bought by companies such as insurance giant Unimed. And while Mayor Crivella signed an agreement with the Caixa Econômia Federal national housing bank, promising the construction of 5,000 housing units through the social housing program Minha Casa Minha Vida, this past week, Gustavo Canuto, Brazil’s Minister for Regional Development, announced that the Minha Casa Minha Vida public housing program will shortly close down.