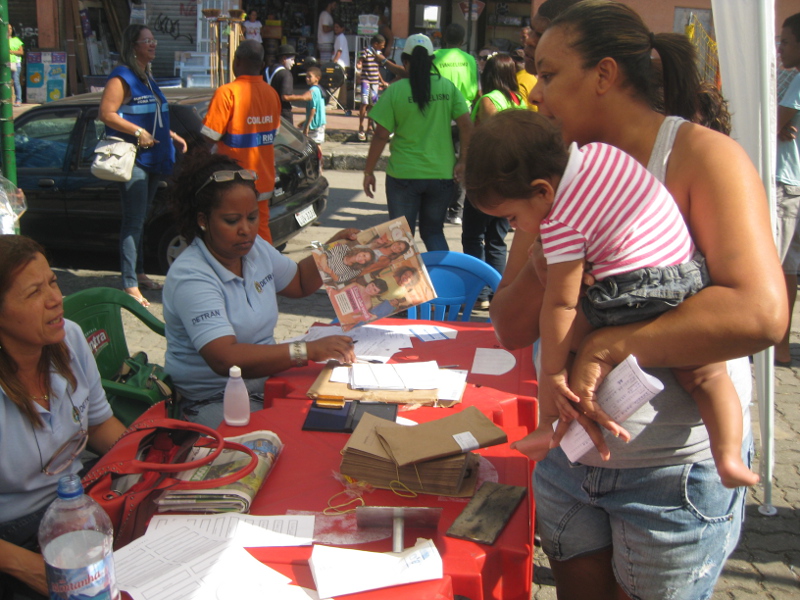 For the past five years, Irenaldo Honório da Silva, president of the Pica-Pau Residents’ Association, has helped to organize his community in Rio’s North Zone for a day of entertainment in partnership with social and municipal services. The event, held on Saturday May 25th, began as an initiative to strengthen collective action and local culture, combining a celebration of Worker´s Day and Mother´s Day. Since partnering with the local church, the event has become a tri-annual feature of life for the residents of Pica-Pau and has increased recognition of the community by local authorities.

Families mingling around the music stage, children rummaging through snack packs, and health workers distributing free toothbrushes belie the reality of an area historically neglected by public services. Gathered on a concrete court at the entrance of the neighborhood, Irenaldo points to the dense backdrop of brick houses. Most of these houses, he explains, were built by residents themselves, and there are some precarious structures at risk of collapse. A burntout car interrupts the series of shaded stands around the court, hinting at the darker side of life in Pica-Pau. Crack is a major threat to youth here according to Deacon Sebastião of Ministério Semear de Bras de Pina church. “The greatest joy for us is to be able to take youth out of the cycle of drugs and unemployment, to see them clean and hopeful about the future,” he said, going on to describe the church´s rehabilitation program established through collaboration with the Resident´s Association. 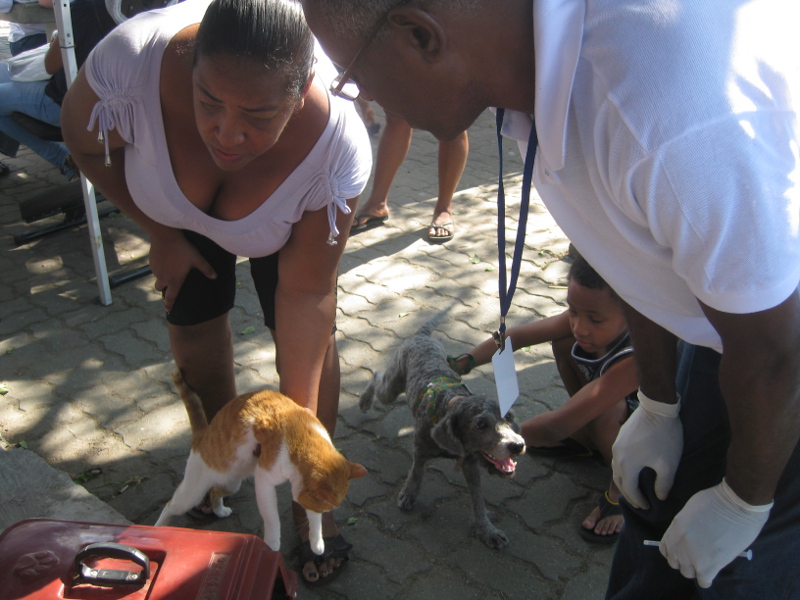 The event is both practical and symbolic. The presence of animal control agents gives residents a chance to get rabies shots for their cats and dogs, while growth in participation reflects vibrant community engagement and improvement in the provision of municipal services. Public agencies such as Detran, Rio´s transit department, were on hand with forms to expedite paperwork for residents who do not have formal documents as well as SESC and Comlurb which is responsible for trash collection. The Family Health Clinic, established two years ago, has been gradually scaling up the presence of Community Health Agents in Pica-Pau and used the event to promote on-site mammography screenings. Despite better access to public health, residents also rely on local NGOs to provide medical attention, and lined up to be seen by doctors with stethescopes and blood pressure monitors. Church members have become particularly outspoken advocates for change, going beyond religious activities to join forces with the Neighborhood Association and invite state workers in.

While progress has been made to bring services to Pica-Pau, the false-starts of government assistance underscores the need for community-led solutions that do not depend on weak commitments from authorities. Most notably Morar Carioca, a program aimed at the upgrading of Rio’s favelas by 2020, went through multiple phases of meetings with residents to design government-funded interventions that would improve quality of life. This ambitious City initiative was praised as a first in participatory planning strategies and raised hopes among Pica-Pau residents until funding was cut just months ago. This has left daunting sanitation, infrastructure and health issues to the devices of Pica-Pau residents, and an uncertain future for the grand plans. In the meantime, an agent representing the Casa Civil project of the Sub-Mayor’s Office was present to find ways to provide support for local organizations.

When asked about the importance of this event, Irenaldo nods to the children who are clearly enjoying themselves on a trampoline, mesmerized by a clown performance and running around with popsicles. “It’s for them,” he says, “they never have these things otherwise.” The more lasting impact however, comes from the continual effort he and other activists invest in securing public services and relationships among community groups. Given another minute to reflect on what the year ahead would bring, Irenaldo adds, “what we really want is Morar Carioca.”