Suzanna da Silva remembers her school experience as unstable. “I was about 10 years old. From there I started going to school. I would study half of the year; the other half of the year my father would take us out to the farm again.” Thirty-five years later, she’s back in school through the state of Rio de Janeiro’s Youth and Adult Education (EJA) program. She attends class four nights a week and encourages her six children to follow her example. “I want a future where they study, where they have a really good education, a good job, a profession they like.”

Parents and their efforts are an essential part of student success anywhere. But in places where the education system is lacking, parents fill in the gaps with solutions of their own.

Suzanna has lived in Vidigal, a favela in Rio’s South Zone, for 18 years, but her children no longer attend the public schools in the community. When problems arose around bullying, Suzanna decided to search for spots in the neighboring areas’ schools. Her two older sons don’t attend school; her three school-age daughters go to public schools in Leblon and Ipanema.

Suzanna decided to withdraw her children when the school was not able to resolve the bullying problems. “I went [to the school] and talked to the director. She told me she couldn’t do anything,” she says. In the new schools, she says she feels comfortable talking with the school staff. “The teachers are really good. If someone has a problem with their child, you’re able to have a conversation,” she says. 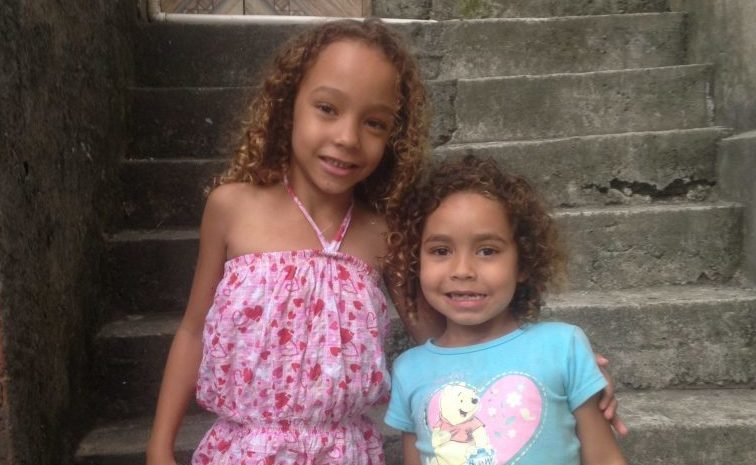 Strong parent-teacher communication is important for parents like Suzanna, and some voice concern about teacher quality in the favelas. Some schools lack a full teaching staff, and in 2016, the teachers’ union in Rio de Janeiro went on strike for four months, becoming the longest running strike in the history of the state.

Because of longstanding stigmatization of favelas, many new teachers do not want to work in schools within these communities. However, the placement process often gives them limited options. Unwilling teachers are assigned to work in places with different social dynamics, facing new realities.

While many rise to the occasion, some teachers who don’t want to be there may teach at a lower quality level, waiting until they can change schools. Inside some favela schools, especially ones where violence is a frequent challenge, teachers are demoralized and can be heard describing students as “terrible.” Others question the “moral values” of students’ parents. In Maré in Rio’s North Zone, one teacher said, “Speaking generally, I can’t see a single benefit [to a student living in the favela].” A different teacher responded, “How can you be happy?” when asked how teachers felt to be placed in favelas.

Another issue with education in Rio’s public system is the lack of schools in favelas, straining teachers and classroom sizes. The Claudio Besserman Vianna Bussunda elementary school evolved as a solution to the lack of schools in Rio das Pedras, a huge West Zone favela largely made up of immigrants from Brazil’s Northeast. Parents petitioned the City government to build the school a decade ago to serve the community’s needs. With the construction of the school, however, Rio das Pedras has only two public elementary schools to serve the students there, despite its population of over 50,000.

Once a student finishes elementary school, they face renewed challenges in getting to the next level of education. In 2016, completing education up to the high school equivalent became obligatory. Maria Aparecida Rocha de Camargo, coordinator at the Claudio Besserman Vianna Bussunda school, explains that there is only one school that serves past the fifth grade in Rio das Pedras. Students who are not able to get a place in that school must go to nearby neighborhoods like Freguesia. Students in Rio de Janeiro can use the public buses for free, but parents accompanying small children on their way to school pay for the extra transportation. “The law talks of the obligation to attend school, but it doesn’t necessarily mean it’s close to home. It’s a sacrifice for families,” says de Camargo.

De Camargo says she enjoys working in Rio das Pedras because parents are dedicated to their children’s education. “A lot of families don’t know how to read or write. So moving to Rio means a chance at a better life,” according to de Camargo. She says parents value education, students respect the school, and the community as a whole is very respectful.

The chance for a good life feeds dedication in another community in the West Zone: Vila Autódromo. Maria Aparecida da Silva says her father “researched a cool place to bring his family” from the state of Pernambuco 18 years ago. She says, “He wanted to bring us to a place that didn’t have drug trafficking, that didn’t have violence… and he found this place.” Maria has one daughter, Rebecca, with her husband, Sidinei.

Vila Autódromo famously faced the forced removal of their community in the lead up to the 2016 Olympics. Maria belongs to a group of residents who fought to stay in the community. Her sister-in-law, Adriana Santos, also fought to stay. She says, “This is a good place for children.” Maria, her husband, and Santos describe the safety they feel in Vila Autódromo, explaining they feel safe letting their children play in the community. Santos says she explained to her daughter, Isabel, why it was important to fight the removals and that she understood the need to stay.

“There used to be a lot of kids here, a lot of them. After the evictions, they all left,” says Santos. Many of Rebecca and Isabel’s friends no longer attend the schools they used to. “They changed school when they were removed,” says Santos.

While the girls did not change schools, Santos says their transportation was affected by the construction around the Olympic Park. The woman who used to drive Isabel to and from school raised her price and now Santos and her mother-in-law take turns walking with Isabel to school. She describes how she has to bring an extra pair of shoes for her daughter to change into at school because the first pair get dirty walking in the mud caused by the construction.

Patricia Gomes, a resident of Vidigal, also manages her child’s transportation to school. Gomes sends her only child to the Stella Maris private school in Vidigal, and she and other parents jointly share the cost of a private van to take their students to school. The van is an added cost to her son’s education. “With a private school, you spend more,” she explains. Gomes doesn’t know whether a private school is better than a public one, saying she only has experience with the private school. But she says it’s possible a private school could be “a little better.”

Another concern for parents is bullying, especially regarding race and gender. Suzanna da Silva recounts how her oldest daughter was initially bullied for playing soccer when she changed schools. “She told me, ‘Mom, I don’t want to play soccer because the kids are calling me a macho man,’” says Suzanna. The issue was resolved by the school after da Silva spoke with the school’s director, who arranged a meeting with the parents and students involved.

Gender and sexuality are not topics covered in school curriculum. Most schools give some sort of sexual education class, but Iara Oliveira, an educator and mother in City of God, describes it as “mostly biology.” The topic gained urgency this year when an outcry against rape culture emerged after a teenager was gang-raped in June. Suzanna sends her daughters to sexual education classes through a free outside organization, where the girls talk with a psychologist about “respect, the female body, what rape is.”

Race can also be a contentious topic in schools. The federal law 10.639 mandates that Afro-Brazilian history and culture be taught in the classroom. Some are concerned that it is not always implemented. Afro-Brazilian history is especially relevant and necessary in favelas, where many black residents live. The population of City of God in Rio’s West Zone is over 70% Afro-Brazilian. Mônica Sacramento, a doctoral researcher in education, describes the traumatic effect racism can have on black students who internalize feeling inferior and relate blackness with negative qualities.

Recently, the topic of police violence against black Brazilians, especially young men, has gained more attention, just as the US group Black Lives Matters visited Brazil before the Olympics. Human Rights Watch found that at least 24 children had died as a result of police violence since 2009.

One solution to ensuring student success comes from parents empowering themselves through more education. Suzanna participates in the EJA adult education program, as does Adriana Santos who hopes to go to college after graduating this year. Alfazendo, a community NGO in City of God, began by giving adult literacy classes. “[We wanted to] educate adults in literacy so they could contribute to their children’s schooling,” says Iara Oliveira, who coordinates the organization.

Whatever difficulties they face with Rio’s education system, parents believe in education and are fighting for their children. Maria Aparecida, Rebecca’s mother in Vila Autódromo, says education is important because “it’s something that no one can take away.” She and her husband even have a savings account for their daughter and hope she’ll attend college and do an exchange to another country someday. Maria says, “Money, things like that, can be lost, can go away, but education never goes away.”

Raven Hayes is a graduate student in the Latin American, Caribbean, and Iberian Studies program at the University of Wisconsin-Madison. Her research focuses on educational development and the intersection of schools, poverty, and community.