Months ago, residents of Rio de Janeiro’s largest favela, Rocinha, created a WhatsApp group to denounce power outages and water shortages in their homes, both recurring problems for those who live in favelas. Access to electricity is to date not recognized as a social right in the Brazilian Constitution.

In 2017, Roraima state senator Telmário Mota proposed Constitutional Amendment 44/2017 (PEC44/2017) in order to categorize the access to electricity as a social right. According to him, electricity access is crucial to “guaranteeing human dignity,” since it is required for the use and access to many essential goods and services.

“When we make access to electricity a social right provided for in the Constitution, along with education, health, transportation, social welfare, etc., this becomes an obligation, not a program adopted by administration ‘A’ or ‘B’”, declared Mota at the time.

Social rights are needed to the ensure the quality of life of individuals and should be guaranteed by the State. Article 6 of the 1988 Brazilian Constitution defines a series of social rights, including: Education; Health; Food; Work; Security; Transportation; Leisure; Housing; Social Welfare; Protection of Motherhood and Childhood; Assistance to the Destitute.

The “Electricity PEC” (Proposed Constitutional Amendment that proposes electricity as a social right) is being reviewed by the Constitution, Justice and Citizenship Commission (CCJ), headed by Pará state senator Zequinha Marinho, who was chosen for the role in 2019. The theme has been awaiting discussion at the CCJ since October 2019 and is still on hold. With the discussions paralyzed in the Senate, cases of negligence in the energy sector are still not considered a violation of social rights from a constitutional standpoint.

Marquinho voted in favor yet another amendment proposal, 77/2019, which suggests a change in Article 6 of the Constitution to include electricity as a social right:

“Article 6. The following are social rights: education, health, food, work, housing, and access to electricity—upon payment of a fair rate for consumption—as well as transportation, leisure, security, social welfare, protection of motherhood and childhood, and assistance to the destitute, as set forth by this Constitution.”

And while the subject goes nowhere within the Senate, favela residents continue to sidestep the problems caused by lack of electricity however they can. The house where Jhonatas* has lived over the past 15 years does not have an electric meter as should be provided by Light, Rio’s electric utility.

The electricity that serves his house comes from a clandestine connection to a lamp post in an alleyway near his house. “I paid R$100 (US$19.70) to a neighbor who knows about electricity so he could connect my house to the power grid. I have asked the same thing of Light, formally, but they’ve never responded to my request. I used to have an electric meter from Light, the old kind, and they actually came here and removed it to switch for the new model but never came back,” recalls Jhonatas.

Jhonatas is not alone in not having an electric meter at home. Without the device, residents end up resorting to “gatos”, as clandestine connections are known locally, in order to have access to electricity and in response to Light’s own negligence. For this reason, the power grid that supplies Rocinha’s electricity undergoes regular power outages due to the overload caused by numerous clandestine connections. With no control or maintenance of wiring and connections, blackouts are common in some locations.

No electricity at home since yesterday. I lost everything I had in the fridge. Other residents lost their food. Not to mention there’s no water.

Domestic worker Deise Marques, 38, lives in the higher part of Rocinha. When she leaves for work, she disconnects every one of her electrical appliances from the wall socket afraid they will burn out due to the inadequate electric service. The microwave oven purchased three months ago gets the most attention. Although it is still under warranty, she is afraid of damaging the product and not being able to get it replaced, since she would have no way of proving the damage with Light’s consumer service. Although she has a meter and pays the subsidized rate, Deise was unable to receive reimbursement by the energy provider when a blender burned on a day in which the electric supply was interrupted four times in a row, which is also routine in other favelas.

Residents have been asking for my help to buy second-hand household appliances because theirs have been damaged by Light’s constant power outages: fridges, microwaves, TVs, etc. I got a fridge for R$300 for a solo mom with 4 kids. This sucks!

In the first quarter of 2021, Light recorded a net loss of R$41.8 million (US$8.28 million) following a R$166.7 million (US$33 million) profit in the first quarter of 2020. This is not to say that the drop in profits is the favelas’ fault. However, in the results report, released on the company’s website, Light states it has created a new structure within the company to establish a relationship with favela communities, following the example of service providers working in other municipalities. There is a work plan divided in three dimensions: “structural relationship using energy efficiency, awareness, [environmental] education and income generation to revert the unfavorable socioeconomic context; immediate short-term actions, such as regular registration with the company, resuming meter readings and physical delivery of bills, emergency services and increased registration of those requesting the subsidized rate.” 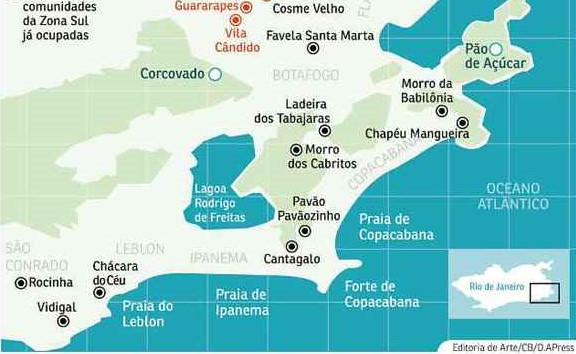 For this, Light chose three Zona Sul favelas for pilot projects: Babilônia, Ladeira dos Tabajaras and Chapéu Mangueira—all located in the neighborhoods of Copacabana and Leme. According to the company, there is continuous communication with 180 community leaders. If it works out, the project will be expanded to other communities serviced by the company.

Between 2019 and 2021, we sent Light seven emails requesting that the company look into the power outages and into modernizing the power grid that supplies electricity to Rocinha. To this day, none of the emails has been answered.

About the author: Born and raised in Rocinha, Michel Silva received his Journalism degree from the Pontifical Catholic University of Rio de Janeiro (PUC-Rio). In 2013, he co-founded the Fala Roça newspaper, with both printed and digital versions. He has worked with memory and photography at the Moreira Salles Institute; was an information-gatherer for TV Record; and a local correspondent for The Guardian from 2016 to 2017. This experience led him to establish favela and periphery news portal Favela em Pauta.