This is our latest article in a series created in partnership with the Behner Stiefel Center for Brazilian Studies at San Diego State University, to produce articles for the Digital Brazil Project on climate impacts and affirmative action in the favelas for RioOnWatch. It is also part of a series created in partnership with the Center for Critical Studies in Language, Education, and Society (NECLES), at the Fluminense Federal University (UFF), to produce articles to be used as teaching materials in Niterói public schools.

Brazilian bodies experiencing economic vulnerability are in constant motion. As the gears that keep the Brazilian economy turning, they are always moving to try to access basic rights that the country has a hard time offering. When this body is black or indigenous, its life chances and well-being are further challenged. The year in which we celebrate the bicentennial of the nation’s independence from Portugal, these bodies that are still not entirely free and constantly living the paradox of non-place, will face a review of the national Quota Law (Law 12,711/2012), after it was enacted a decade ago by President Dilma Rousseff. The law marks the historic struggle of Brazil’s Black Movement and student movement, and as is provided for in its Article 7, may be reviewed by the nation’s Congress in the next few months.

Before 2012, some universities had already instituted affirmative action policies for their job openings. But it was only with the approval of the Quota Law that these affirmative action policies were actually institutionalized in the system of admissions into public higher education. Allocating 50% of spots in federal universities [which in Brazil are the nation’s most selective universities] to students who graduated from public high schools, and also taking into account the contours of income, race, and disability, Law 13,409/2016‘s affirmative actions enabled the children of many domestic workers to occupy the same classroom seats as the children of their employers. This is the reality depicted in the film The Second Mother, written and directed by Anna Muylaert.

When we debate affirmative action policies we are watching, once again, in living color, a past that contains a backlog of social inequalities, and that reaffirms the lack of guaranteed opportunities for black people, dating back to 19th century Brazilian immigration policies, which had as their main objective the “whitening” of the population. When we think of the review of the Quota Law, under a presidential administration that overtly says is against it and insinuates that the Portuguese didn’t even step foot in Africa, we realize that significant and growing recent gains are still precarious. Based on this kind of argument, the rift of institutional racism is expanded, maintaining black people in poverty cycles and without other possibilities.

“Those who govern our country are those who have money, who don’t know what hunger is, or pain or poverty. If the majority revolts, what can the minority do? I am on the side of the poor, who are an arm. An undernourished arm. We must free the country of the profiteering politicians.” — Carolina Maria de Jesus

As Carolina Maria de Jesus rightly stated in her book, Child of the Dark, originally published in 1960, only those who have always enjoyed the same privileges all their lives deny others access to education and social change. On the other hand, the first ones in a family to attend university fight so that others like them may do the same. And since every public policy needs time to mature, in 2018, we saw the number of black male and female students—who represent a majority of Brazilians—in public universities finally reach the majority of enrollment for the first time: close to 50.3%, according to data from the Brazilian Institute of Geography and Statistics (IBGE) on the Social Inequalities by Color or Race in Brazil report.

Why Does the Federal Quota Law Need to be Revisited?

Affirmative action policies, like any other public policy, need to be studied over time, to allow results to be observed, improved upon, and expanded, always aiming for greater effectiveness and the reduction of social inequalities. Over the ten years of affirmative action at public universities, we can already observe a significant improvement. In addition to offering more chances for these young people to enter the job market, affirmative action also creates opportunities for them to build their social capital, breaking with a number of historic cycles of inequality. 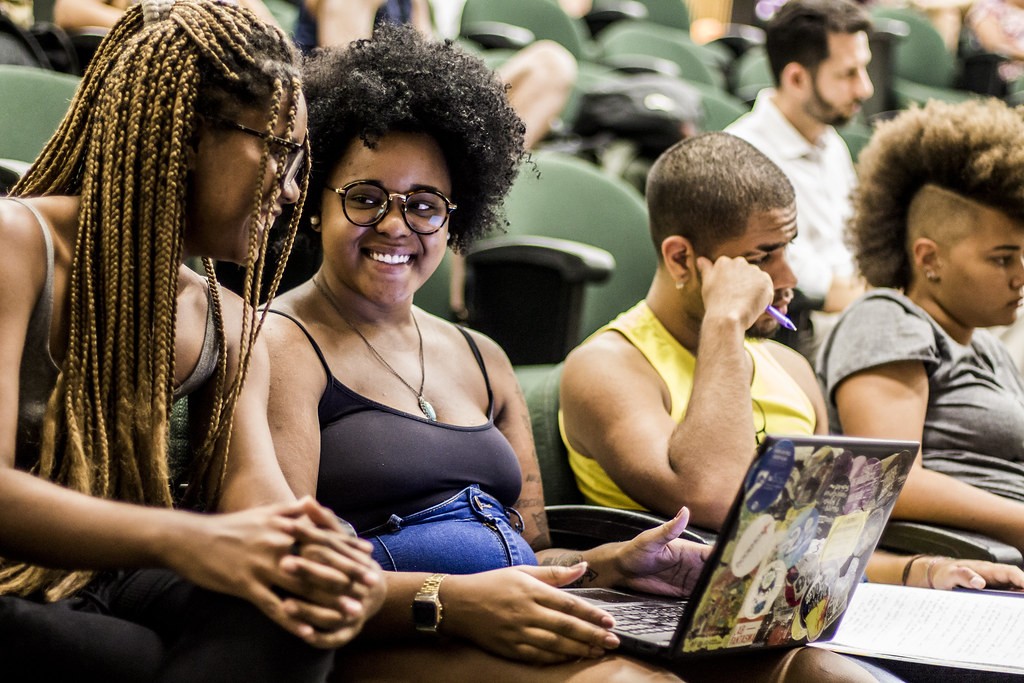 Provided for in Article 7 of the law, the review of the special program for access to higher education is a possibility, not a requirement. The program will remain in effect if nothing is done. However, discussions for legislation reform can be initiated by any member or committee of the Chamber of Deputies or Senate comprising the National Congress, the President of the Republic, the Brazilian Supreme Court (STF), the higher courts, the Prosecutor General of the Republic or by citizens (in this case, if endorsed by 1% of the national electorate, distributed across at least five states with no less than 0.3% of voters in each of them). However, the law does not detail how this process would take place nor what procedures to follow.

As we know, affirmative action policies are measures designed to act on a temporary basis, but the period of time we have had until today has been very short. In summary: Brazil had much more time to destroy people’s realities than to repair them historically. Therefore, the review of the law needs to be an opportunity to improve the policy, and not to move backwards. The statements and controversial positions of President Jair Bolsonaro and members of his administration represent a risk to the law that has made the economic rise of many people through education possible. Access to university, for many, was and still is a form of emancipation and projection of possibilities for their cycle. To restrict access is to reinforce exclusions.

By advocating for affirmative action policies, we are ensuring access to opportunity for traditionally marginalized people. The Independent and Community Learning Center (NICA), is an anti-racist, multicultural, and democratic education project aimed at the low-income population, mainly favela residents and Afro-Brazilians. The project operates in the Jacarezinho favela in Rio de Janeiro’s North Zone, and is based on the understanding that education is the main tool of social mobility and for building a society with equal opportunities and social justice for young people and adults, black women and men from favelas and peripheries.

Historian Leonardo Soares, one of NICA’s instructors, says that support for students also includes helping them understand and access opportunities and rights. He highlights the importance of the affirmative action policy for these students who are typically the first in their family to engage with the university admissions process. “After I was admitted to university, I understood everything that my mom could not explain to me in fancy words, but that she used to tell me in her own way. That when people have a right, they should enjoy that right because it was not given out of kindness or for free: it was hard-won. Today I support the admissions process for black students and those living in social vulnerability to access the State University of Rio de Janeiro (UERJ), mainly. So, I study the admissions process, see the main points, help out on a case-by-case basis, understanding difficulties, access to documentation and everything else.” 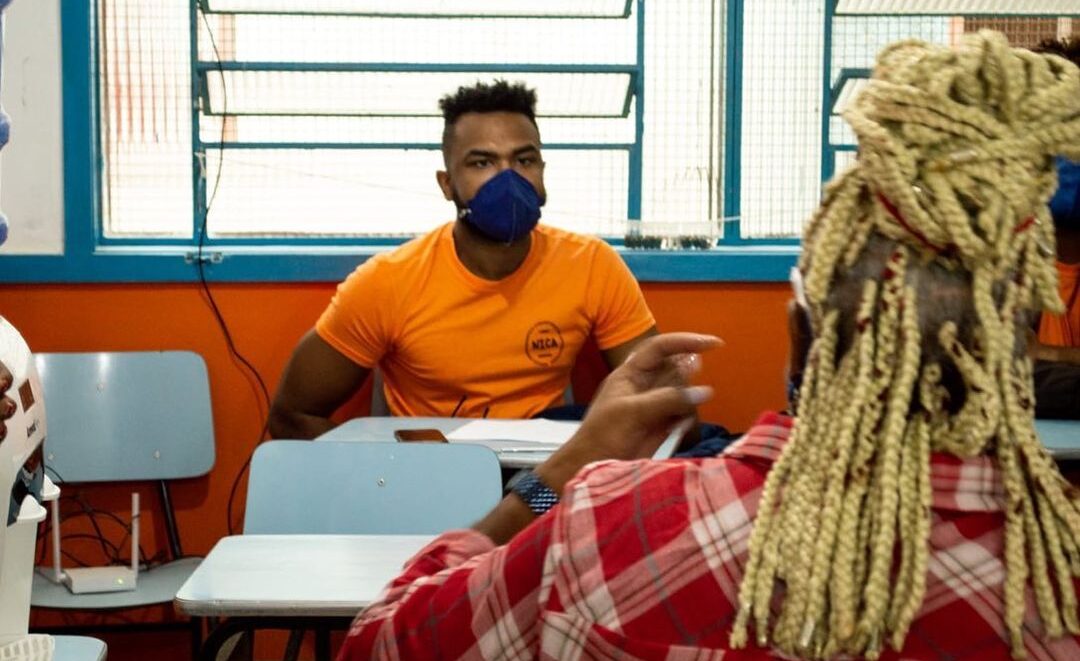 When asked if his students at NICA understand that affirmative action is their right or if this is still a path that needs to be worked on and discussed in the classroom, Leonardo answered: “We have to lay down good, strong groundwork. Some of them arrive at the college preparatory exam course without really knowing what the entrance exam is or how it works. Evidently, the public is very diverse. There are students from favelas with all types of access and histories, but who are also influenced by this discourse of meritocracy and racial democracy. Thus, our job is to demonstrate that the quotas are not a testament of individual incapacity but reparations from the State. Or in other words, that they’re in place to solve problems of opportunity, social inequality, class, and most notably, race.”

For that reason, alongside his colleagues, Leonardo has been conducting a project that bears the name Enedina Alves Marques, which is focused on empowering, offering consultancy, and helping students with paperwork and the technical support necessary to conquer the university space. The project offers classes including one on the history of affirmative action, and the group also receives guest lectures from the black collective Patrice Lumumba from UERJ’s Law School, as well as roundtable discussions from the collective ‘Favelaterapia’ focusing on emotional and psychological support, “precisely to instruct them on rights and so that the students may have a basic understanding of resources in case of rejection… [and] to opt for the quotas without feeling inferior,” Leonardo explains.

In the end, this Brazilian body in motion will never turn back. The movement is ongoing and always searching for measures and possibilities so that others can also transcend non-places. We need to have public policies for those who were born at a disadvantage. The history of Brazil originates from the usurpation of memory and wealth of a people who weren’t even recognized as a civilization. We all need to have access to spaces of power and autonomy that the groups mentioned above still have trouble accessing. French anthropologist Marc Augé defines the non-place as the space where “we all have the impression of being colonized, but without knowing for sure by whom.” In Brazil, we have always known who colonized, who has benefitted and we know, all the more, those who fight for basic rights like access to university.

About the author: Cleyton Santanna holds degrees in journalism and screenwriting from UFRRJ and the CriaAtivo Film School. He uses his YouTube channel to address oddities, ancestry, and Afro-Brazilian culture. In 2017, he produced two documentaries: “Entre Negros” (Between Blacks) and “Tudo Vai Ficar Bem” (Everything is Gonna Be OK), and was recognized as a screenwriter in 2018 by the Creative Economy Network for the short “Vandinho.” He is currently a communicator for the Museum of Tomorrow and hosts the Influência Negra podcast.