This post is the first of four RioOnWatch contributions to Blog Action Day 2015 in which bloggers around the world reflect on this year’s theme: Raise Your Voice. Check out our full series here.

The arrival of Web 2.0, characterized by increased ways of sharing on the Web, has made it possible for any citizen with access to the Internet to produce their own content and publish it on various platforms such as blogs, websites, and more recently social media, without any cost. At the same time, the advances and popularization of these diverse technologies gave society access to resources that it would have never been able to reach in a pre-digital context. Just a few years ago, only a major media organization could afford the exorbitant costs of the necessary equipment for a live transmission. Today, any person with a cellphone and an app such as Twitcasting can take part in this endeavor.

The possibility of reaching a large audience using various means at almost zero cost has given rise to a series of new media collectives. Structured as networks and connected through social media, they have been able to give voice to new actors and promote more diverse narratives. In an interview with Heinrich Böll Foundation Brasil, journalist Thamyra Thâmara, from Complexo do Alemão, speaks about the importance of digital media for popular communicators in the favelas–spaces which are stigmatized by the mainstream media and portrayed as impoverished and violent.

Thamyra Thâmara is a journalist, photographer and founder of GatoMÍDIA, and writes for Anastácia Contemporânea and Revista DR on the empowerment of black women and feminism. Thamyra participated in the debate “The digital world and civil society: possibilities and challenges” at the Ambivalências Digitais conference in Rio de Janeiro on October 8.

HBS: How was the GatoMÍDIA collective created? What are your main objectives and how is it organized?

Thamyra: Given the particularities that involve the favela, this space often has to invent its own way of being in the city. An example of this are the traditional “gatos” (informal wire hookups), the way that favela residents have found in order to access basic services like water, electricity, and even current necessities like Internet or cable TV. This points to how the favela is a space of constant invention and creative solutions in order to respond to the demands of its residents, since the services offered by official bodies are inadequate.

Understanding the word “gato” as a non-traditional way of accessing basic services, GatoMÍDIA proposed training with alternative media tools such as Facebook, YouTube, Twitter and Instagram. We conduct collaborative coverage and give tips to increase the potential of these resources to generate visibility for [participants’] project, work or cause.

HBS: This year GatoMÍDIA organized the event Favelado 2.0 which included a collaborative coverage workshop and a photography workshop. What was the methodology used in these meetings? Why is it important to incentivize and make favela residents the protagonists in the narratives that are constructed about them?

Thamyra: The main methodology is to present the cell phone as a great resource and an important tool for confronting inequality. Favelado 2.0 is a concept that is being developed by the team. We believe that the Favelado 2.0 is that kid who lives in the favela or the urban periphery who doesn’t own a Mac, but insists on having a smart cellphone, such as a Samsung or an iPhone. They were born into this “free wi-fi” age and love to sample new things. The cellphone is an extension of their body, taken here and there. They take selfies at rooftop parties or in their backyards, but also film the conflict in the alleyway. Not one event in the territory goes unnoticed through the lenses of their Android. The kid isn’t a specialist in software or applications, but is a specialist in being observant and quick. A new app comes out and they’re testing it out. The Favelado 2.0 kid makes the Internet cafe his place of research and socialibility. They like to show their talents in music, dance and style on YouTube videos. They have their own language on Facebook, “noiz por noiz” (we for ourselves), and use their (Facebook) timelines as a diary of their worldview. They create events on Facebook just to meet up with friends and love to create memes of themselves and of their friends. They have the walls of the favela as spaces for expression and the “click” of a cell phone as spaces for reverberation. Their cellphones are their most effective tool and the narrow alleyways are their main source of inspiration. 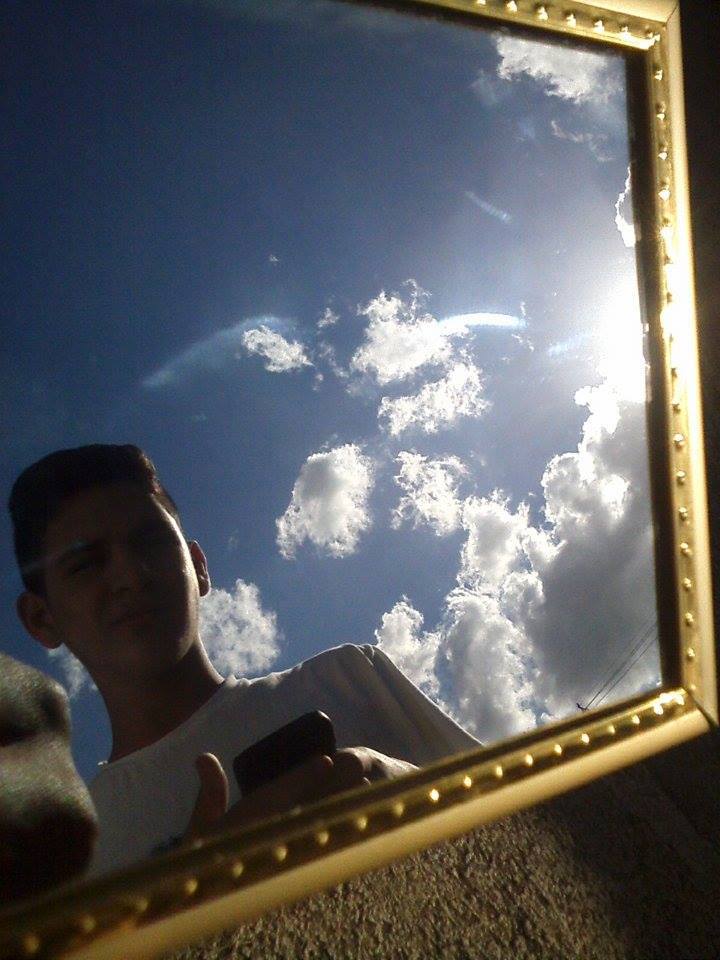 HBS: According to the 2012 report “Media and Favela,” there were 104 alternative media outlets in the favelas and popular spaces in the metropolitan region of Rio de Janeiro. Of the 73 that responded to the questionnaire, more than half of them were online. In what way has digital media contributed to giving new players from the periphery a voice and emphasizing the battles that are taking place in these spaces? Do you believe that communication collectives are channels to strengthen democracy?

Thamyra: Yes, I believe that this was the biggest impact with regards to popular communication. They are increasingly gaining a legitimate space inside and outside the favela. As a consequence, the favela newspaper will show another version of the story that the mainstream media publishes, with a need and obligation to tell the residents’ version. The power the favela resident has to show what is happening in the community through social networks, without the mediation of a third party, is strengthening the fight for the democratization of information.

Another important point is the increase in the number of “lan houses” (cyber cafes) since 2010 in popular territories. Before young kids in the favelas had access to a personal computer or a smartphone, lan houses were true favela technology centers that promoted digital inclusion in the communities. I believe that not only digital media but also the empowerment that comes with these digital tools contributes to the visibility of different subjective viewpoints, the demand for rights, and access to the city through communication channels.

HBS: Who is the target audience for content produced by these alternative media outlets? Favela residents themselves so as to reinforce their identify and fight for their fights, and/or people outside of the favela, in order to change their stigmatized view of the periphery? Do you believe that people outside of the favela are open to these new anti-hegemonic discussions?

Thamyra: It depends. Recently I’ve noticed that many favela youth collectives speak a lot about “noiz por noiz” (we for ourselves) and the idea that the favela speaks to the favela. But an online platform is not limited to just one territory or community. The Internet is a place “without an owner” and everything there is available to anyone. The debate with [those outside the favela] is complicated, because any online discussion, especially with those who think differently, is shallow. I believe that the discussion amongst minorities on the Internet contributes to strengthen and empower the fight that has existed for years now. But I don’t think it convinces people who already think differently.

HBS: In 2010, the Voz das Comunidades newspaper team led by 17 year old Rene Silva used Twitter to narrate in real time the occupation of Complexo do Alemão by the Military Police. At this time Alemão was the biggest news story and Globo’s TV station would interrupt its programs to transmit live images of the occupation. What was the importance of having a voice from within the community covering what happened?

Thamyra: I believe that having a teenager from the favela narrating what’s happening in his community from his own point of view is extremely important and symbolic. But if there is only one person doing this, there’s a great risk that we will fall into the same stereotypes that we are trying to fight.

HBS: The traditional media has supported the reduction of the age of criminal responsibility and promoted a culture of fear. Do you believe that the pro-reduction position of the mainstream media has gained support within the favelas? Media collectives in the periphery have discussed this topic frequently. What has this experience been like?

Thamyra: This year I was at a march in Complexo do Alemão protesting the death of a young, black man murdered by the Military Police. When mainstream media reporters arrived, residents and activists began to yell “Get out of here Globo!” Many reporters were surprised by this attitude. I believe that the debate about the role of the mainstream media in the construction of the favela’s image as a place of impoverishment and marginalization is discussed a lot in the favela today, not only by residents involved in social movements but also residents not directly involved in politics. It is very clear today that the hegemonic media has not contributed to the role of informing the public but has been criminalizing minorities for years.